Drama recently unfolded in Akwa, Ibom state in Nigeria after a bride ran away from an ongoing wedding ceremony. The reason is that she just discovered the husband to be wasn’t an employee at Chevron as he had earlier claimed.

She had discovered earlier in the morning but decided to just proceed with the wedding. At the altar she couldn’t bear the thought of marrying a man whom she though was very rich but really isn’t.

The bride took off an ran through the streets as the groom and other people followed her to try and convince her to continue with the wedding. 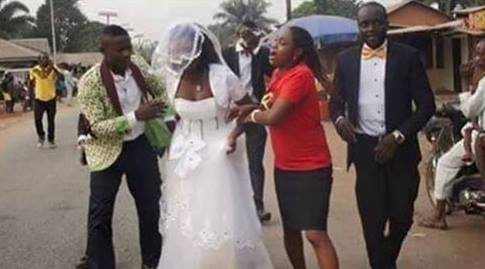 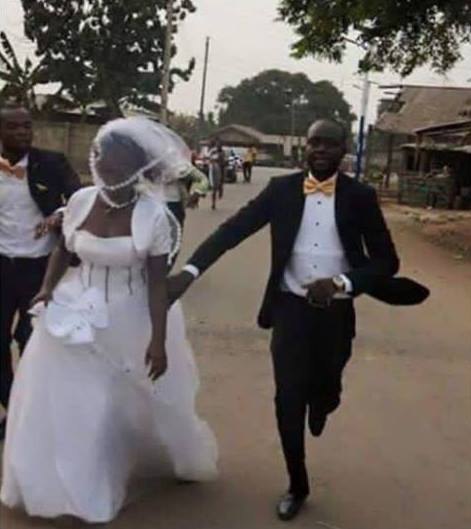 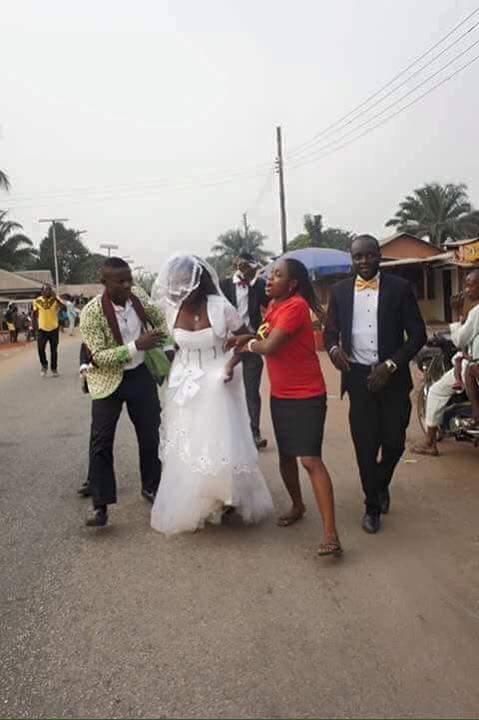 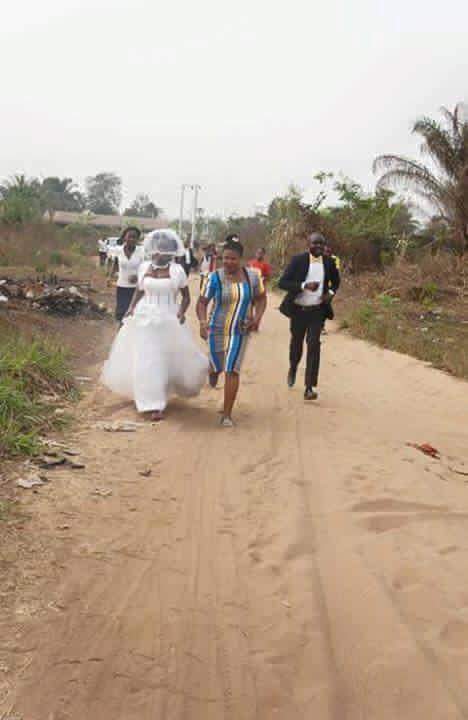