Last weekend, Miss Mandii was trending on Twitter after one of her photos became the topic of discussion. In the photo she was pictured receiving a mobile device from Safaricom executive Sylvia Mulinge last Friday during the launch of a new post paid tariff plan. Her top openly revealed her cleavage and left many questioning why she dressed like that at a corporate event. 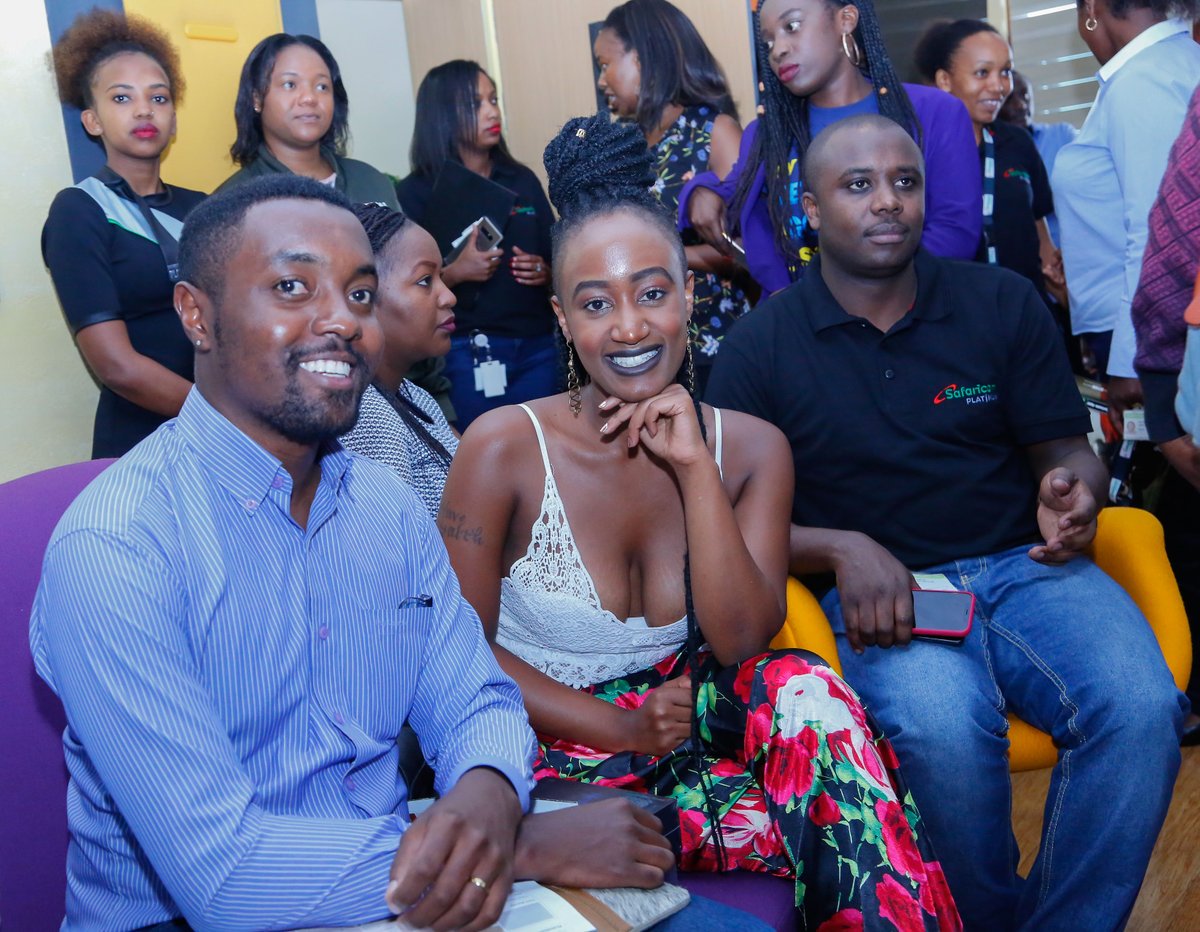 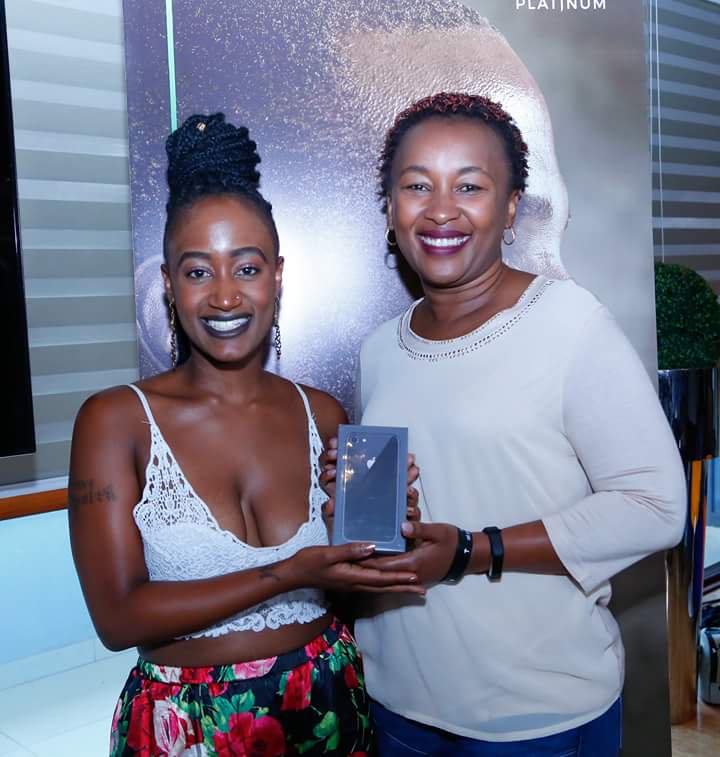 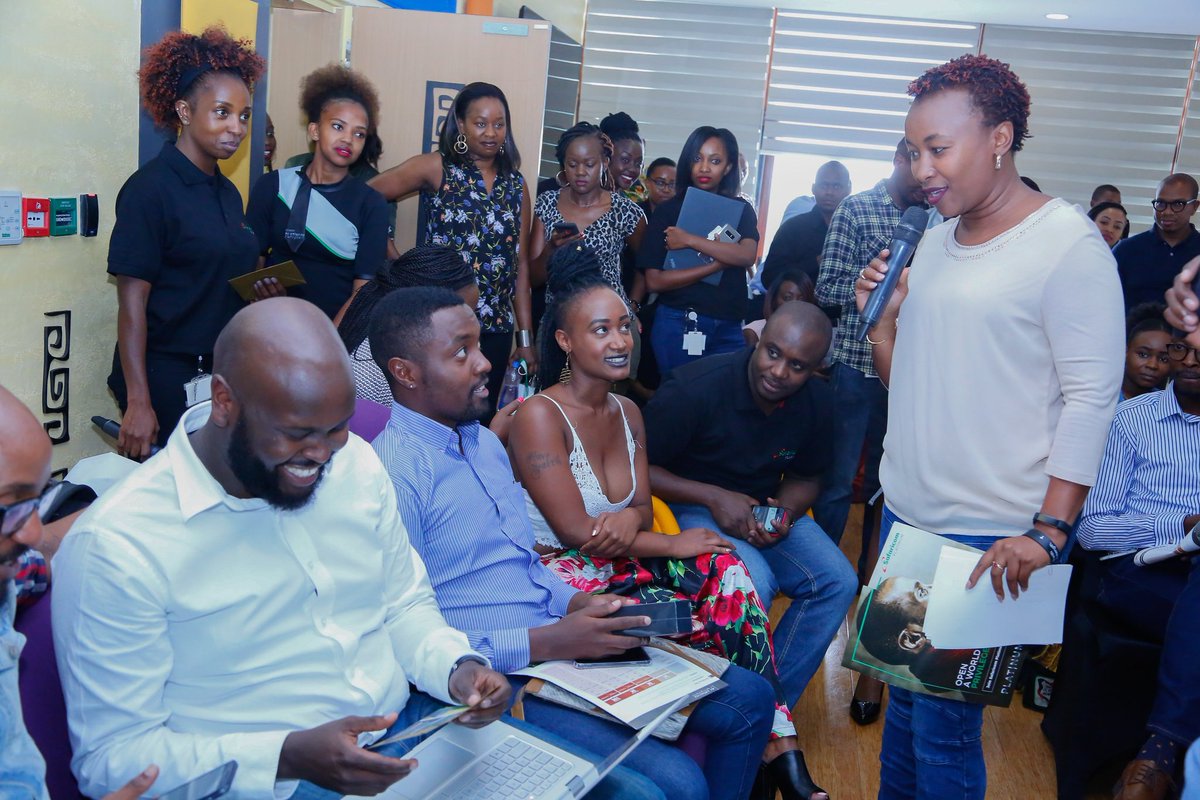 Here are some of the reactions from social media:

Gikonyo: Did that lady even take time to look at herself.

Mathew: Even team mafisi can look at the cleavage twice! Embarrassed of this lady! Tell her to go dress up!

Maina: In a show of might….oh sorry show of mammary glands. one  would understand if this was a brookside event.decency people! decency!

Fred: Just wondering how the lady with a wardrobe malfunction is helping to promote your corporate image

Brian: I think this boobs woman is out of place, I mean look at the other beautiful ladies and gentlemen, they are so decent and well collected! It’s good to be different but not this way…

Daniel: That lady looks like she just got out of bed or was walking to the shower just before this picture was taken..

Oduko: Dress in a way you’ll be a role model to the child who sucked those boob’s, sio kuanika socks kwa kifua bila pegs wasee waone 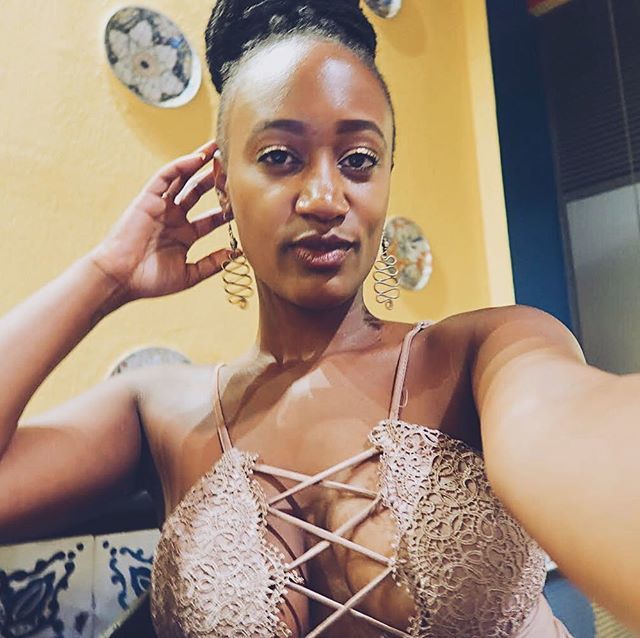 After all the backlash, Miss Mandi decided that she has had enough and promptly responded with these series of savage tweets defending her body. Check out the clapbacks:

. I feel terrible for whoever dates you, they’d have to deal with you chimming your 2 cents on other women’s bodies on the innanets. Gai anyway *njugush voice*

African men stay being pressed telling a woman who shows skin to be “decently dressed” yet there are plenty of cultures where women still wear very little clothing.

Men wanna control women so much that they even want to dictate what “decent clothing” we should wear. Y’all must not know slay queens do as they please

You dense men think how a woman dresses makes her a role model?

Ladies, in this journey of life, they’ll be grown men who will try to police your body & shame you for the choices of your clothing, DON’T LISTEN TO THEM.