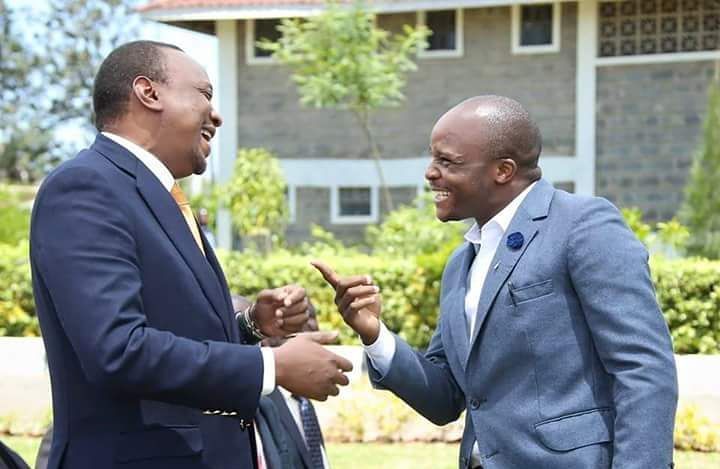 The elections have just been concluded and IEBC announced Uhuru Kenyatta as the President of Kenya. There was celebration in different parts of the country but in other parts such as Kisumu there was some unrest. The police had been deployed in the area to create some order but reports indicate that some people were injured.

Hot 96 radio present Jalang’o has written a message to President Uhuru Kenyatta pleading with him to take charge of the situation. Here is what it says:

My Name is Jalang’o I am Kenyan from the Luo Community and with that most people believe that I dint vote for you and that I shouldn’t have voted for you because your were up against my tribesmen ,so even if I voted for you or not you are the President! This is your last term ,You will never be President again, you are exiting the stage in the next 5years which is a very shortime! Remember it was just the other day at Kasarani that you were sworn in and here we are 5 years gone and we are back at it! Before I get to the main reason of writing to you please get police out of Kisumu and other towns we need to get back to work. It is true the people are hurting because of the loss and police presence is just making it worse, it is like seducing a widow at her husband funeral!

We will demonstrate, we will cry but life must go on just like you said life goes on! Politics come and go!

Back to my letter…H.E. This being your last term leave a legacy! I don’t want to remember you with the projects you initiated like the SGR but as the president who united Kenyans, unity among us is paramount for development! Yes you can unite Kenyans, you can bring us together again just like you and Raila always do! You call him your brother we also want to call each other brothers and sisters! This starts from the top! Equity! Invite people to work together with and for You! You will soon be making the powerfull appointments and yes we know there are so many people you owe, your supporters,your cronies your political friends who are waiting for the political appointments…fufill your promises but don’t forget to give me a face of Kenya in your government, remember we are 44 tribes now don’t forget the Makonde too.
Don’t just say you will reach out to everyone! Do it! Be the president of Kenya Not Jubilee.

Sir. Corruption is choking and killing our country and you know it! You’ve even publicly addmited knowledge of this monster and said your hands are tied! No Mr. President your hands are not tied ! We will understand if you disobeyed the constitution to fire a corrupt official! Jailed and even shot before a firing squad! Good luck.