Nation Media Group broke the news on the internet that Chris Brown smashed a fans phone who was trying to take a selfie with his as he was heading to the vehicles that were to drop him to his hotel. 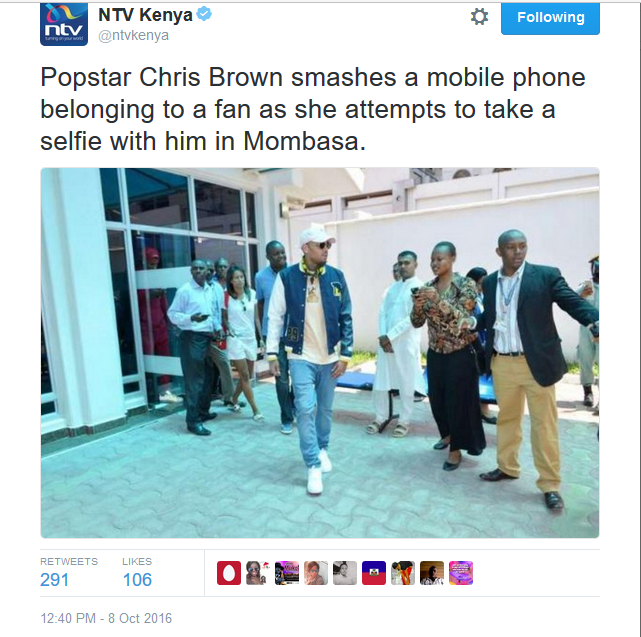 Moi International Airport security boss has come out to dispute the claims and has questioned the authenticity of Nation Media’s reports since members of the media were not allowed to cover the arrival of Chris Brown. He also added that no complainant has come forward to report any phone has been smashed by the star. 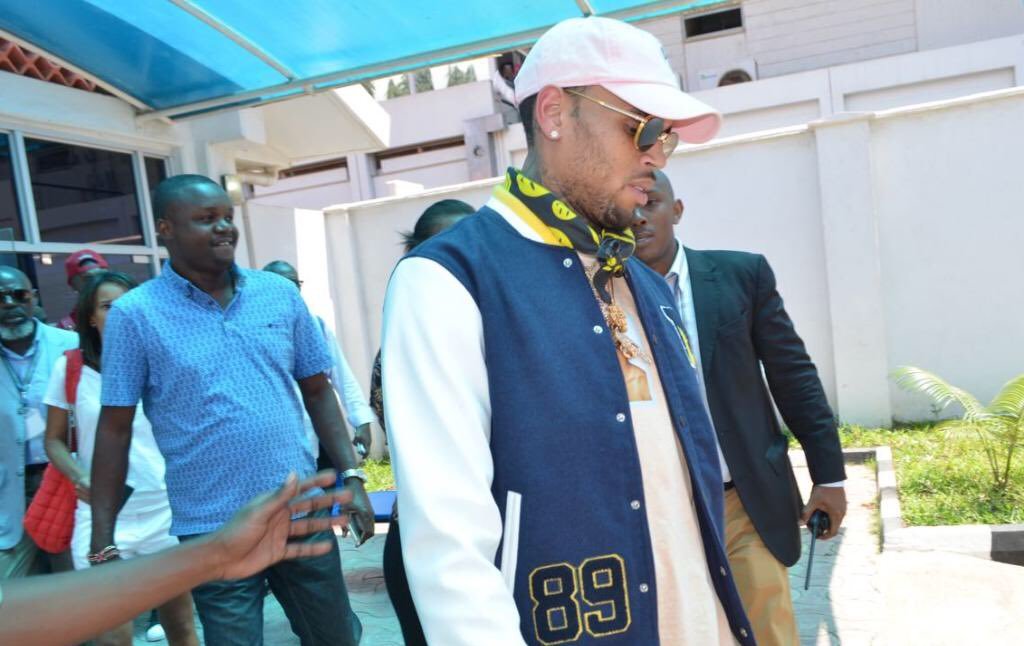 Thandie, Chris Brown’s promoter, has also refuted the claims. “The reports are false, and they come across as malicious,” she said after speaking to Edaily.

Here is also a video of Chris Brown heading to the car when the said “smashing” took place.

The show must go on, no need to overreact,there is a time for selfies & from the video this was not it #PhonesLivesMatter #DeportChrisBrown pic.twitter.com/tfqP11L3Vz