Majority of us want to drive our own cars some day in future but the cost of buying one can be steep for so many of us thus the thought of getting a loan becomes very tempting. Former radio personality Ciku Muiruri narrated her own experience getting a bank loan and how it really f**ked her up. 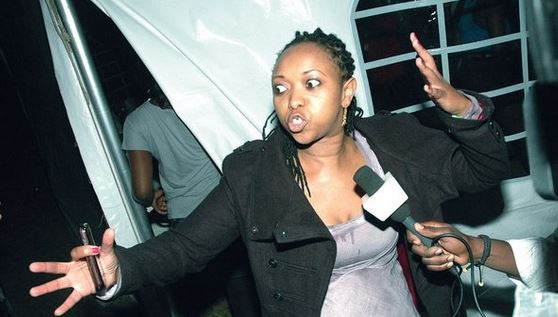 I was telling this story to someone the other day and I think I’ll share it with you too, it may help. If it does, remember me when you’re a millionaire 🙂This is especially for the young adults starting out on their first job. I was in your shoes once and excited about earning some relatively decent money. Banks love regular incomes and are happy to throw money your way, if you ask. So I did.

They gave me half a million shillings. I went car shopping. A friend of mine, older and wiser, suggested that I use the money to buy 2 plots of land at Jamhuri that were going for Sh 200,000. I dithered, I wanted the car!!! He pushed me further and said if I bought the plots, he’d help me develop the land. “For every stone you buy, I’ll buy one for you,” he told me.


That should have been a no brainer but when you’re young, all you are interested in is flossing. So I bought the car and told him it would not take long to save 200k to also buy the plot. But alas, a couple of months later, I was out of a job. And servicing a loan for a DEPRECIATING asset.


After several years, he called me. He was selling one of the plots he had bought. He wanted me to see the sales agreement. He had, after developing the land, sold the property for a profit of SH 20 million. Had I invested in the 2 plots I would have walked away with SH 40 million. Instead, I bought a car that I later sold for only SH 250,000. Half the price I paid for it.


Invest. Be wise. The floss will come later. NEVER borrow money unless it is for something that will generate you income. And do NOT buy ‘status symbols’ when you can buy something that will appreciate in value and earn you money in the long term. If you do this, you will buy all those fancy things later in CASH. Good luck!