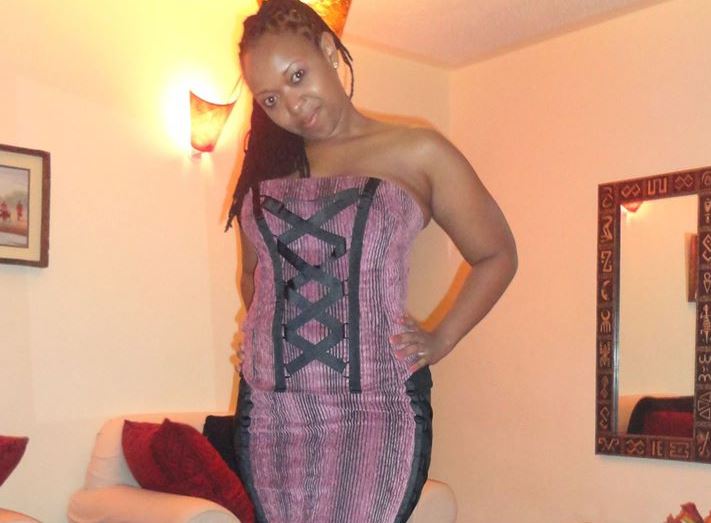 Earlier this week, three matatu operators were sentenced to death for robbing, stripping and sexually assaulting a female passenger three years ago due to her dressing. They robbed her of her Samsung Galaxy phone worth Ksh27,000, a clutch bag, make up kit and cash amounting to Ksh10,200.

The video of the incident went viral on social media.

Former radio personality Ciku Muiruri has shared her personal story of when she was almost stripped off her clothes when she was in Thika town.

I was almost stripped naked once by the ‘moral brigade’ that strangely enough seems to only be found at matatu stages. I was twenty years old.

Matatu stages have always been Red Zones where a moral brigade stands to attention, eyes darting furiously, awaiting a violator of their ‘decency’ rules – And not just in Nairobi. Everywhere.

I took a ma-three to Thika. The minute we pulled into the stage, I knew I was in trouble. There were at least 30 matatus parked there and the place was swarming with drivers and makangas. Oh oh. My skirt was black and white, a little cute thing with a slit at the back. There was no way in hell this get up would go unnoticed. The distance from this particular Red Zone to a nearby hotel was around 200 meters. I figured that I could make it before the pack organized itself.

You have to understand mob psychology. Individuals are quite unwilling to go out on a limb. One guy will never come up to you and start stripping you because he considers your clothing indecent. The loss of responsibility of the individual only occurs with universality of behavior – If many of them think it’s okay to harass a girl, then it must be okay. The bravado increases with the size of the crowd. As long as I could cover the 200 meters before a crowd gathered, then I would be safe.

The longest walk of my life begins. 10 meters. A few looks. 20 meters. A few murmurs. 50 meters. Someone, after consulting his buddy, pips up. I’m getting nervous. 100 meters. The guy who piped up is following me. His friend and two other guys join him. 120 meters. I’m getting really nervous. They are now six, then seven. Their voices get louder as their numbers swell. They are getting emboldened. Lewd comments start. 70 meters to go, I will not make it. I say a silent prayer.

My heart is pounding. I’m terrified. I keep praying. God, please help me! A car stops. It’s an elderly woman, grey hair peeking out from under her headscarf. “Get in,” she says in vernacular, a sense of urgency about her.
I want to hug her. I jump in, my legs shaking. The mob disperses, disappointment in the air. The spell is broken and they are again individuals, senses restored. One of them hands me a bag through the car window that I hadn’t even realized I had dropped. How paradoxical. A minute ago he was ready to publicly humiliate and disgrace me.

Charles Mackay, a poet, summed it up best when he wrote. “Men, it has been well said, think in herds; it will be seen that they go mad in herds, while they only recover their senses slowly, one by one.”

An angel saved me that day, a woman, not of my generation. She probably thought my skirt was risqué. But she helped me anyway because right thinking people do not support violence against women. Another lady was not so lucky. She was stripped and robbed and the 3 men responsible have now been sentenced to death. The stripping offence is 25 years and robbery with violence carries the death sentence.

First of all, they won’t actually die. After the 1982 coup d’État attempt, Hezekiah Ochuka, Pancras Oteyo Okumu and two other masterminds of the coup were convicted of treason, sentenced to death and consequently hanged. They were the last people executed in Kenya to date. Reason is that sitting Presidents regularly commute the sentences of those on death row to life imprisonment.
If a terrorist got life, would you complain? Probably not. That’s what these men are, make no mistake. The terror I felt that day as I walked those 200 meters is indescribable.

The Vulva is sacred. All around the world, for centuries, it has calmed seas, stopped wars, corrected injustices and saved the environment. Exposing it because you don’t agree with what someone is wearing is grotesque and wrong. Tough break guys, but you will serve as an example to others. Next time, the herd mentality will vanish as one by one, the reality of possible life in prison sets in.