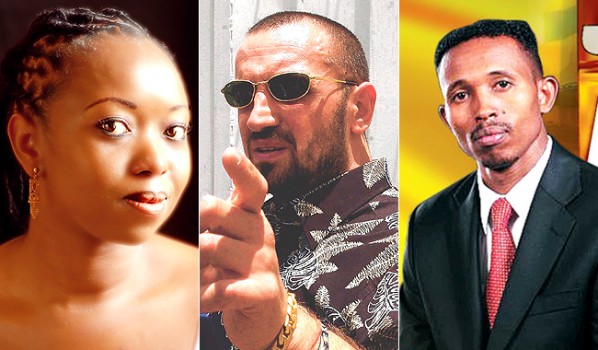 Charity Wanjiku Muiruri best known as Ciku Muiruri of Classic 105 Busted has just sued Jicho Pevu’s Mohammed Ali for linking her to the Artur Brothers during one of the investigative segments that were aired on KTN in April last year. The footage shows Ciku with Mr Artur Magaryan and Mr Artur Sargasyan and one of them lifts her up and places her on the counter.

Ciku defended herself saying she was just looking for an opportunity to get an interview from the duo. The Jicho Pevu episode was investigating the death of George Saitoti and Orwa Ojode. Ciku claimed the episode linked her to drug dealing in Kneya and made her look like a woman of loose morals hence she now wants compensation for damages they have caused her.