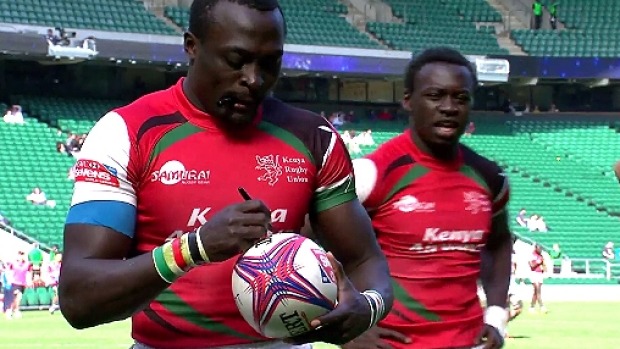 Congratulations Collins Injera for your 200th try on the World Sevens Series. It was a big day for you out there last weekend.

The Kenyan rugby star celebrated his new achievement by pulling out a pen from his sock then heading over to sign the camera after signing the ball. This is a practise mainly done in tennis however Injera didn’t know that players usually sign a cover instead of the lens itself. What’s worse is that he used a permanent marker to do this.

Reports are in that the lens costs around £60,000 and maybe be damaged.