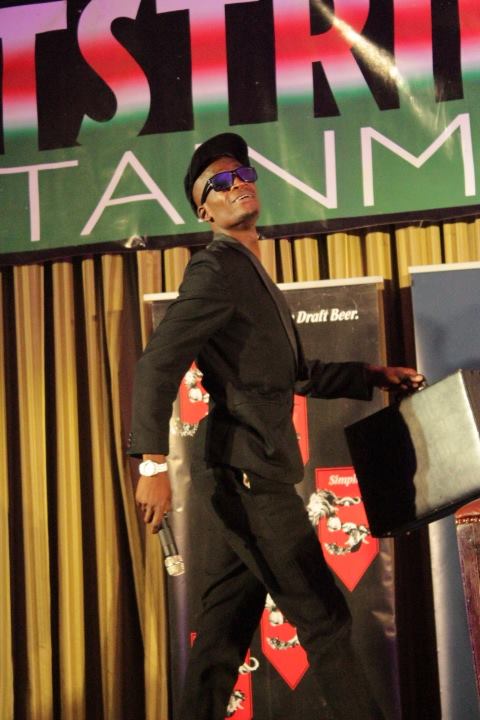 Being a celebrity can bring many advantages but also disadvantages. Emmanuel Makori Nyambane better known as Ayeiya PoaPoa may be having a serious case of depression or mental instability.

The comedian is a Churchill show comedian best known for walking around with a briefcase during his performances. It has been months since we last saw his performance on the show. Ayeiya was spotted in Rongai doing weird things on the street but his fellow comedians and friends came to his rescue. Many say his condition was as a result of smoking a lot of Bhang but it is not yet confirmed. He is now receiving medical attention and we all hope he will get better.

Check out the video thanks to number one celebrity news site Ghafla!