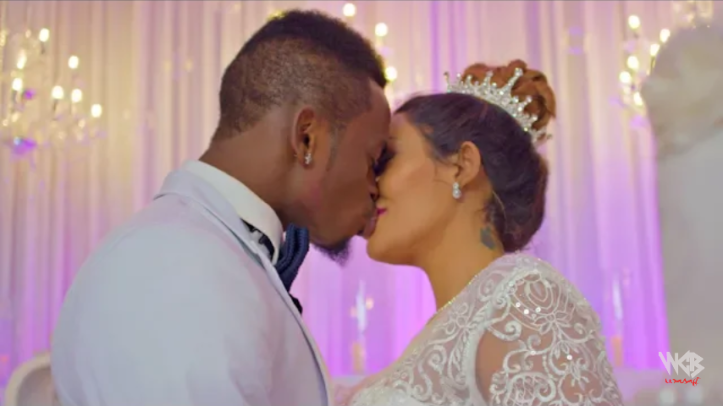 Tanzanian singer Diamond Platnumz recently released a new music video in which he is marrying Zari Hassan the mother of his two kids. The two had broken up back in February on Valentines Day after being together for three years and have not seen eye to eye since then. This means that this video was shot much earlier when the two were in a much better place in their relationship.

Zari ended the relationship because she was tired of the singer’s infidelity.