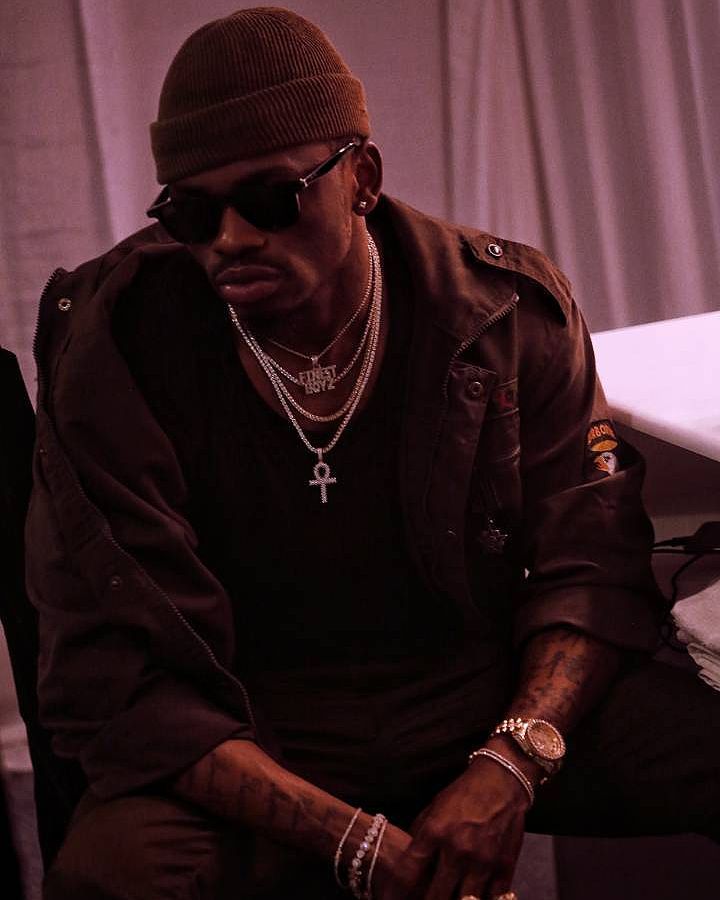 Tanzanian singer Diamond Platnumz recently got a hard lesson of not walking through a crowd of people while wearing really expensive chains since his got snatched right from his neck.

The singer was at Mtwara in Tanzania where he was to do a performance and promote Wasafi. In the middle of being mobbed by hundreds of fans, someone took a chance and grabbed his chains. It is alleged that the chains cost the singer a cool Ksh1.8 million.