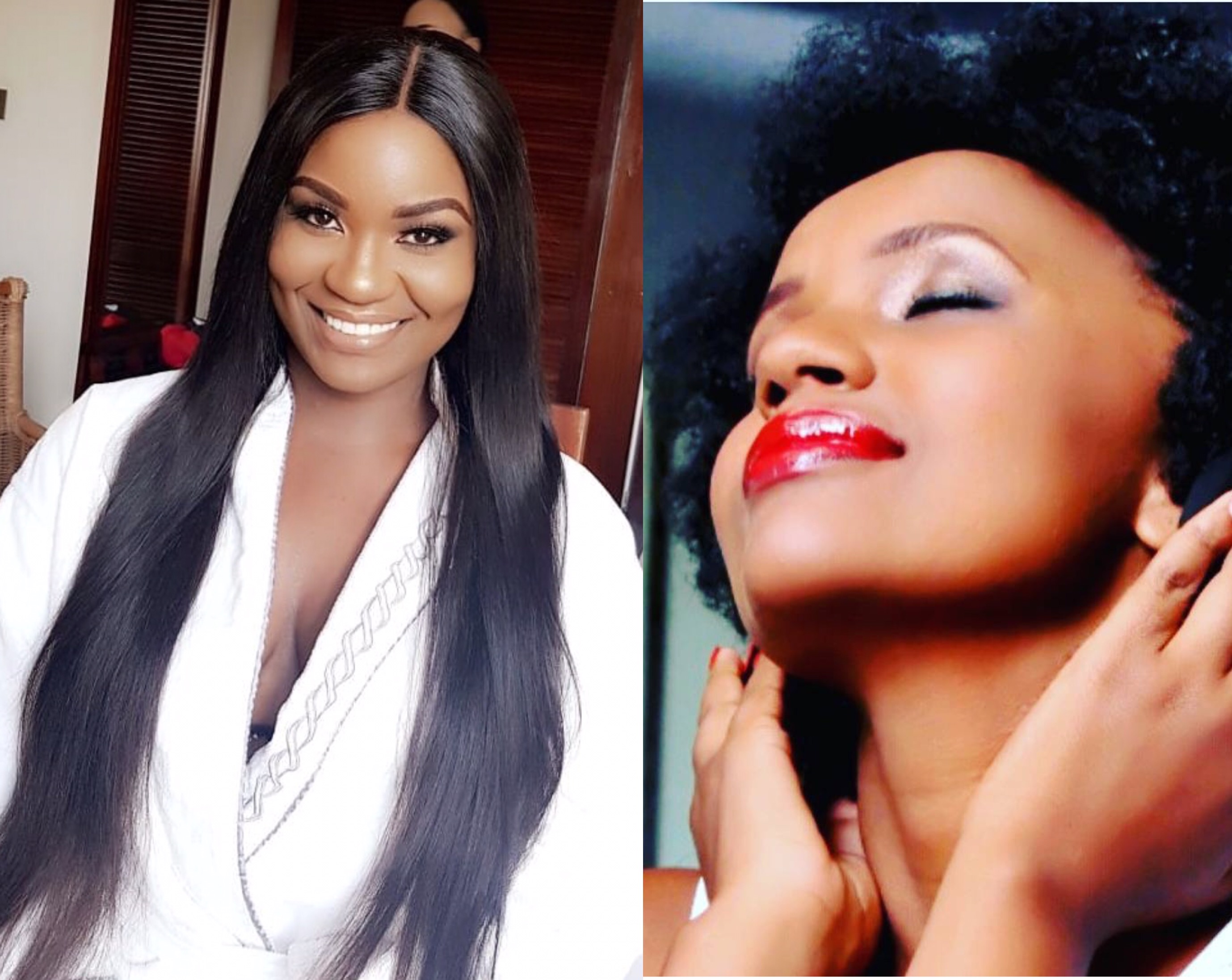 Kenya’s top female DJ, Pierra Makena, has finally addressed ongoing reports that she body-shamed controversial socialite Mishi Dora. Dora had initially hurled a bunch of insults at her for allegedly body shaming her in a Whatsapp Group. The post read:

“B****leave my fucking life alone… Why you so bitter with me? I’m I the one that your bby daddy left you for and got married to?? Abeg if I’m sexy or not how is it your cup of tea?? Wewe nahiyo mwili yako sexy siuliachwa tu bado na mimba kama mimi?? Go fix your life before trying to fix others.” 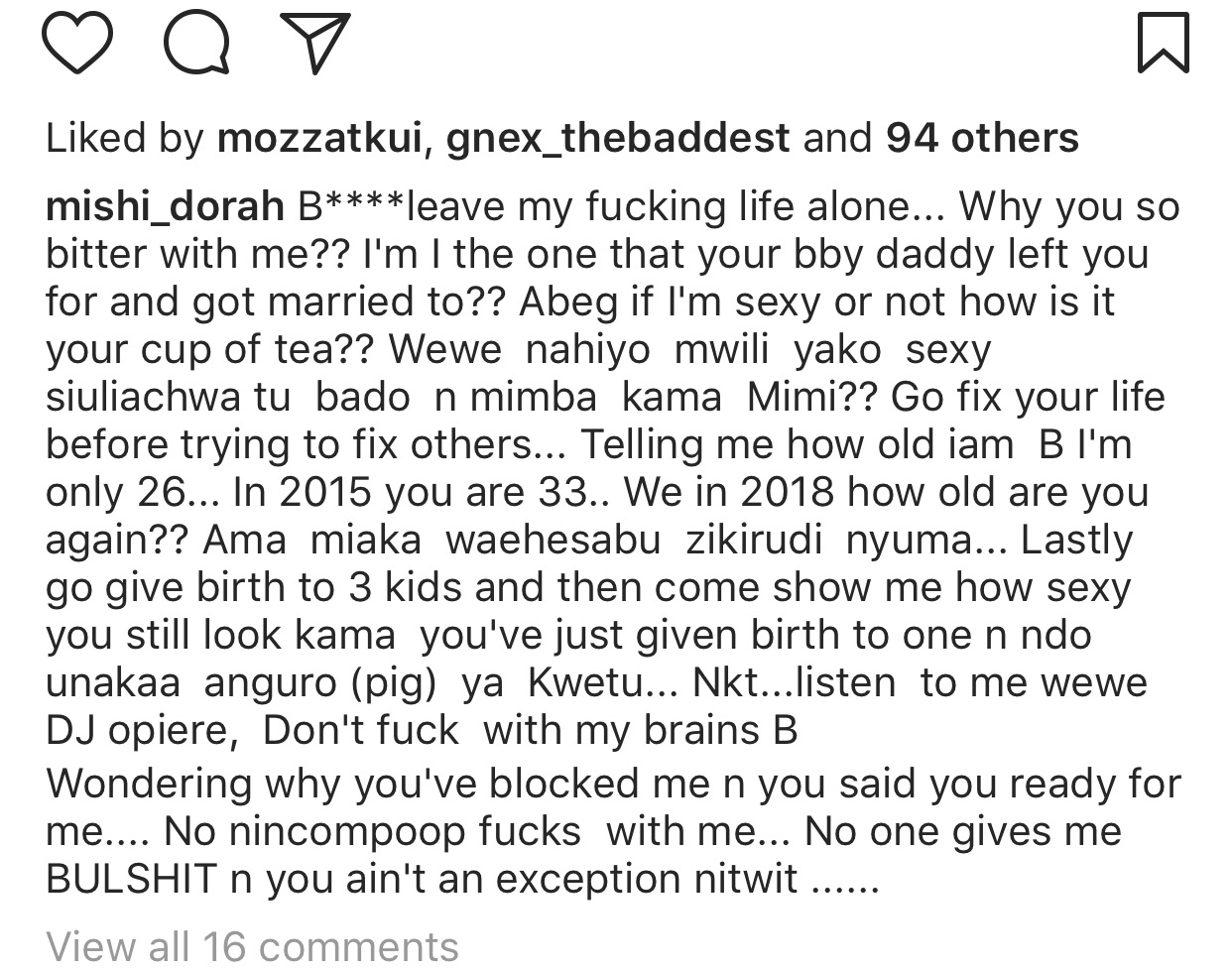 Dj Pierra has responded to this attack by stating the number that was used was not hers but was an imposter using a pseudo account. She even went ahead to establish that the number used in the Whatsapp group belonged to a lady named Beverlyne Michira. 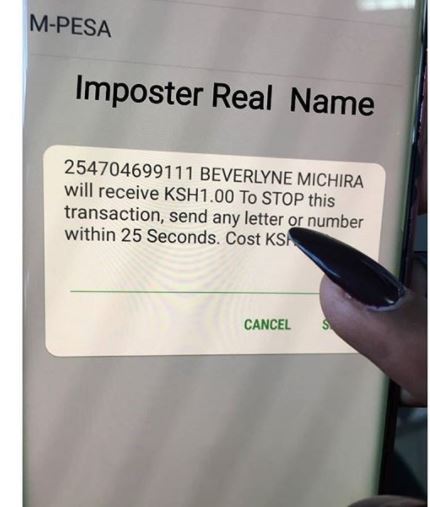 She also went ahead to add this statement:

“I would like to address what has been going around on social media about me.
Early morning last week one of my clients alerted me that someone was claiming that I body shamed them in a WhatsApp group.
I looked it up and I met a vile Instagram post about me my child and the father of my baby. I searched for her number (I have the conversations) called her to find out what is going on. I explained to her
1. That was not my number and neither has it ever been
2.I do not know her..never met her
3.I am very pro women and I do not body shame.
I requested her to send me the conversations going on in the WhatsApp group and the number of the so called dj pierra.. which was very unfamiliar to me

I requested her to pull down the post and apologize which she refused but later pulled down the post but refused to apologize.. although I had made it clear that it was not me in Their WhatsApp group and she should investigate.

My team has done investigations and have found out the name of the owner of the number in their WhatsApp group who claims to be DJ pierra
I will post screenshots of the conversations..I will not post her picture and the rest of the conversations as the case is still with the police.
IF my accuser had done a little digging then she could have found out that I was not the owner of the number in their whatsapp group.This week has been interesting but I chose not to respond rudely to the vile/bodyshaming post..As a hard working mother..career woman and a
friend I do not approve of body shaming insulting and use of faul language to communicate. I have decided to clear the air.. though those who know me know that it was not me.I would like thank all my fans and friends and clients for your kind words and supportive messages.
Always remember” when people are rude to you,They reveal who they Are,not who you are.dont take it personally” cheers #BeYou.” 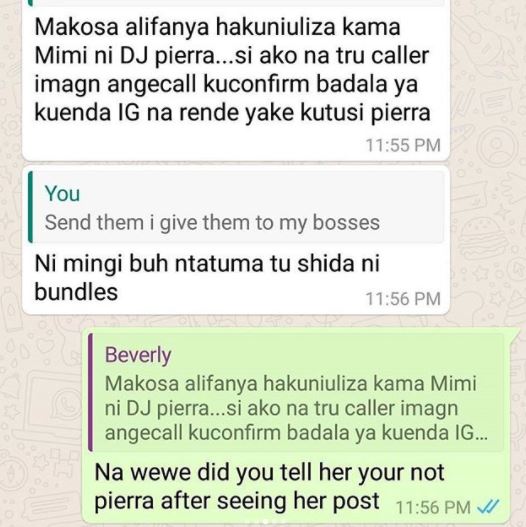