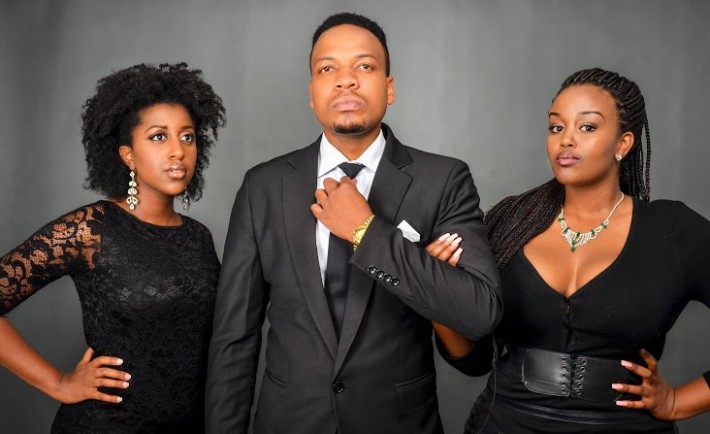 Elani have released a video as to why they have not released any new music for the past year. In short, they imply MCSK are thieves.

The video starts out by pointing out they have been in the industry for 7 years but have only been famous for 2 years. 2014 was their best year since they dominated the airwaves with tonnes of music, hit after hit. Some of the music released is their own life stories but they never specify whose story it actually is.

At the end of 2014 they did a big concert where people came out in large numbers which made them end up in millions of shillings in debt at the start of 2015. Luckily for them they got  many gigs and cleared out the debt fast. They then had a meeting to see why they are not making money away from gigs and performances like the way other artists do so as to be able to live a very comfortable life plus avoid major debt situations. They are signed up to MCSK so they are supposed to get royalties from the music that is played on radio, tv, events, clubs, shops etc.

MCSK collects revenues from radio stations, tv stations, clubs, bars, public transport, shops etc then distribute the cash among the artists based on how much their music is played. Elani were paid a mere Ksh31,000 by MCSK for royalties they got from airplay in 2014. They had 5 mega hit songs while artists like Jaguar get over a million from just 2 hit songs in a year. Elani discovered there was something fishy going on.

Elani asked for the music logs showing how often their music was played. They were given two different sets of logs for the same period of time. MCSK say they don’t monitor all radio stations plus they claimed radio stations give false logs. Radio stations are not the only ones who pay MCSK. Elani decided to go to the radio stations. MCSK after realizing they had done this, they called Brian and gave him Ksh300,000 as a compensation. This was then Elani realized MCSK was stealing from them, since the money that they claimed was not available just came out of thin air. They started questioning how they arrived at the Ksh300,000 instead of the Ksh30,000 and just how much are they truly entitled to.

MCSK has found a way to dodge paying artists. Elani is not the first to complain about MCSK. Ringtone has also complained and done demonstrations while Pitson was just paid Ksh5,000 in royalties after Lingala ya Yesu mega hit. Radio stations pay millions in royalties and so many people pay tens of millions in licenses but these hundreds of millions never reach the musicians themselves or if it does a very tiny fraction lands in their bank accounts. Elani wants MCSK to open up their books to show where the money is disappearing.

Mega corruption in MCSK for sure