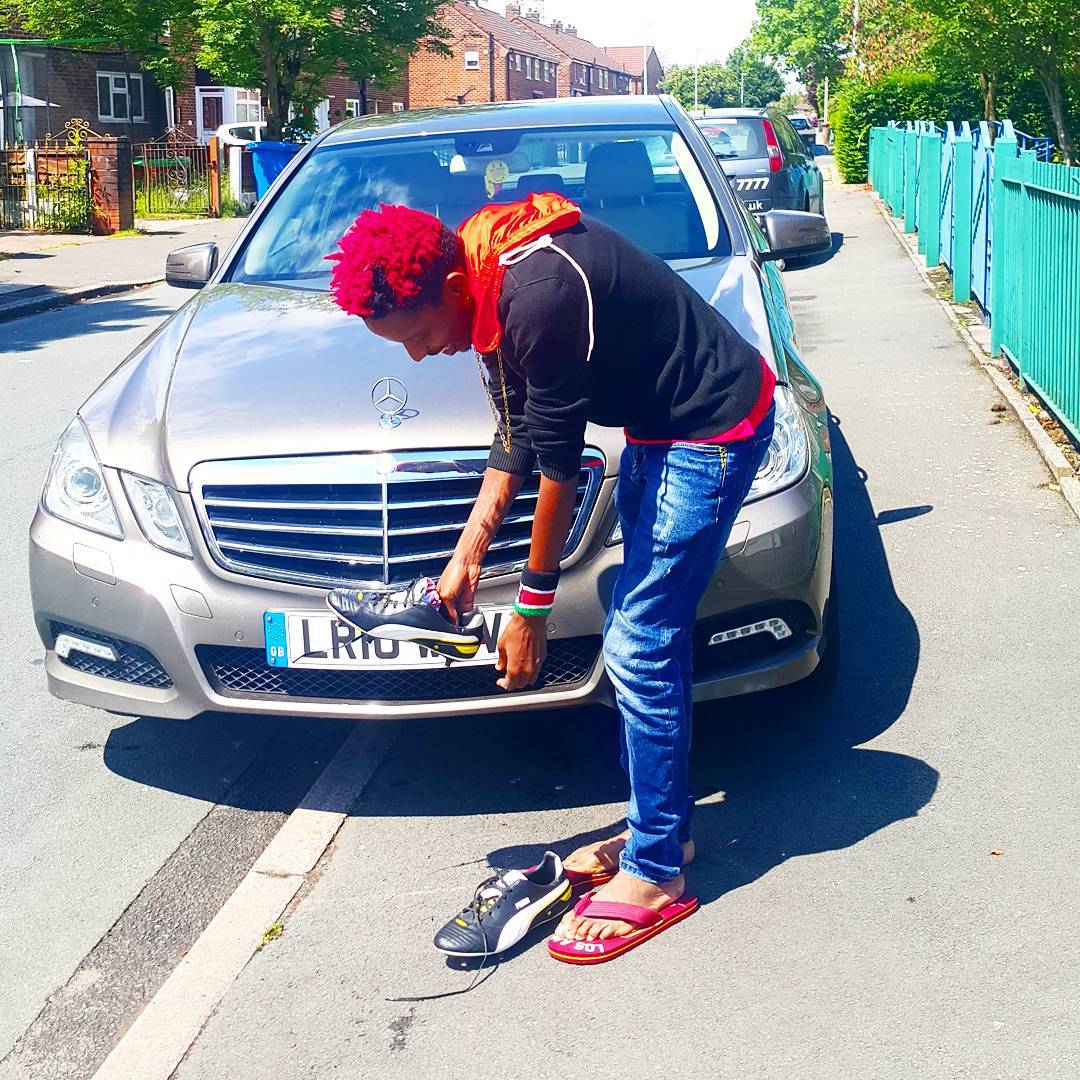 Eric got to wear a Manchester United jersey, visit the changing room and walk out of the tunnel into the stadium just like how the players do so.

HISTORIC!!! FIRST KENYAN TO PLAY FOR MANCHESTER UNITED!!! ABOUT TO GET ONTO THE PITCH FOR MY FIRST MATCH #NewSigning

He also posted this fake newspaper headline claiming Manchester United have signed him for £55 million. 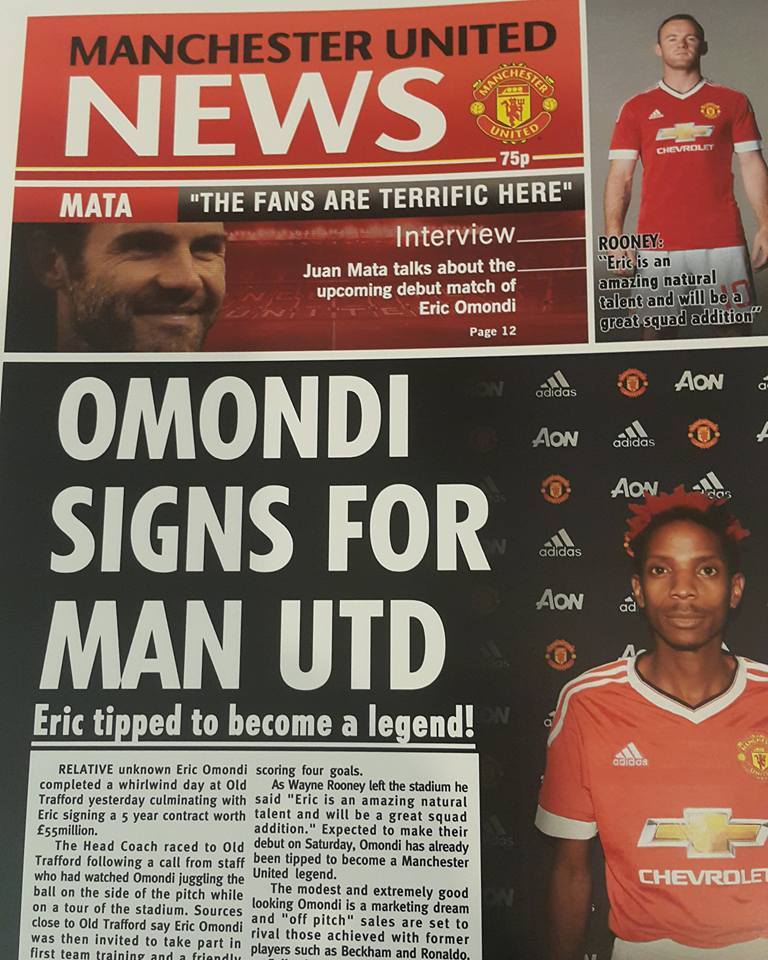 Here are more of his photos 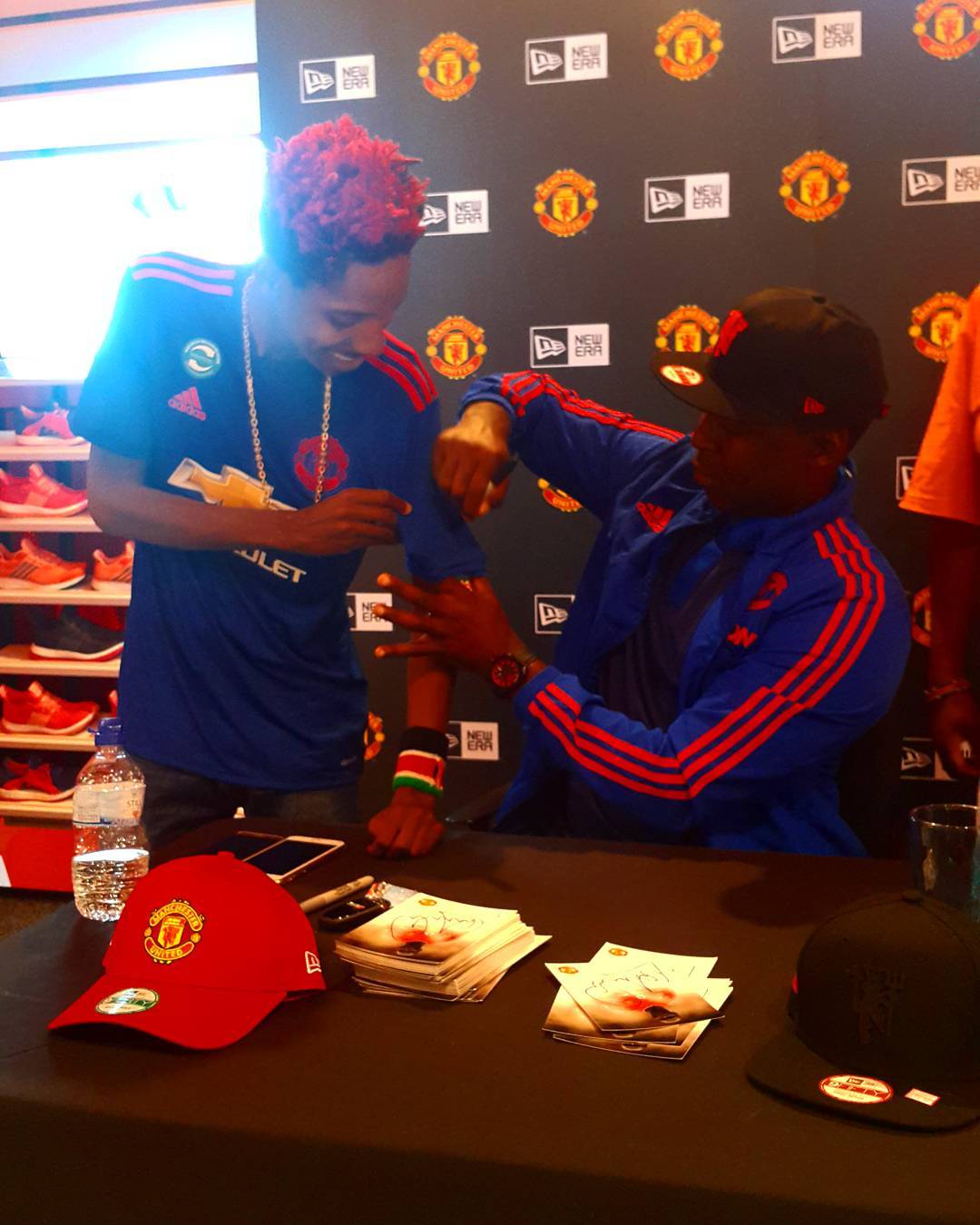 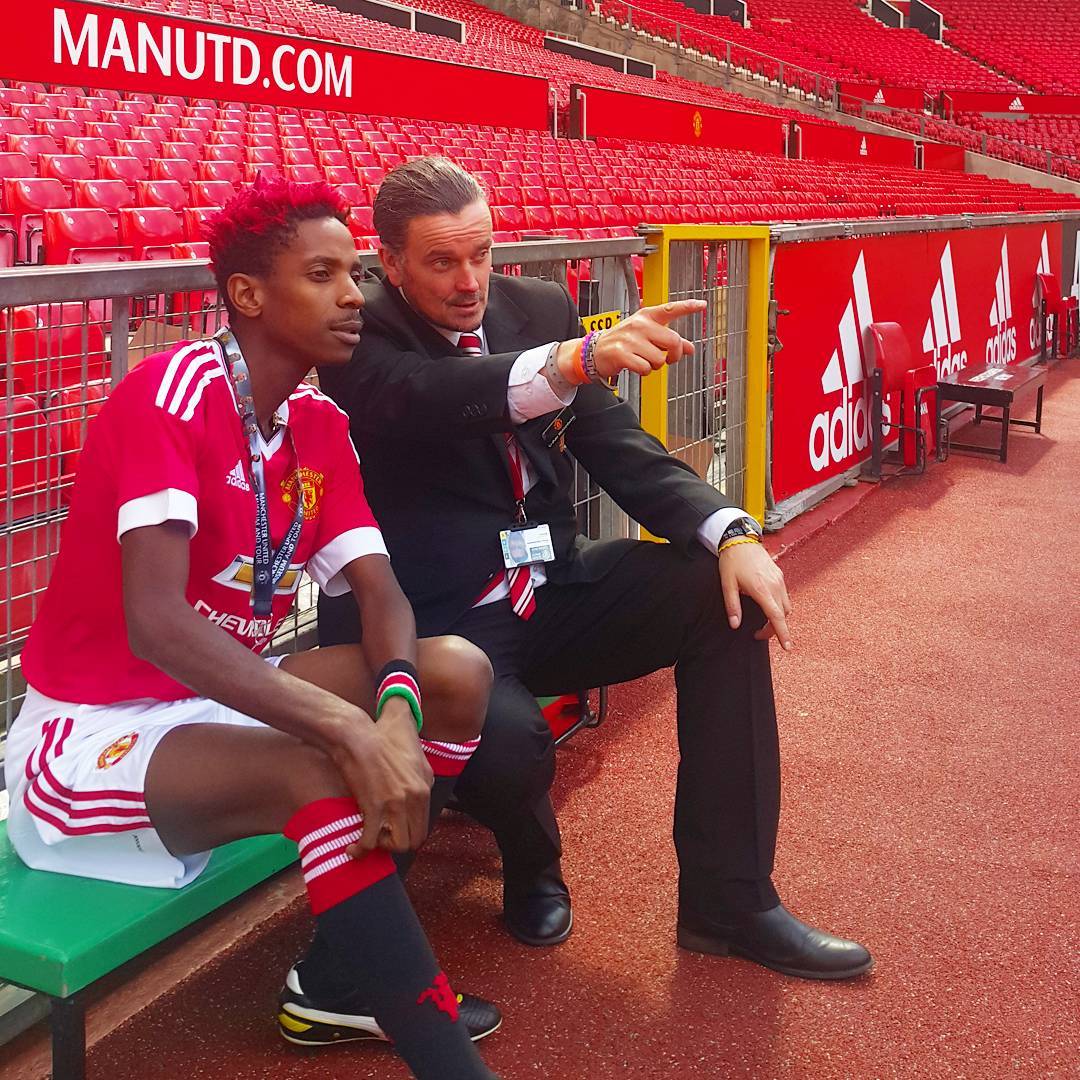 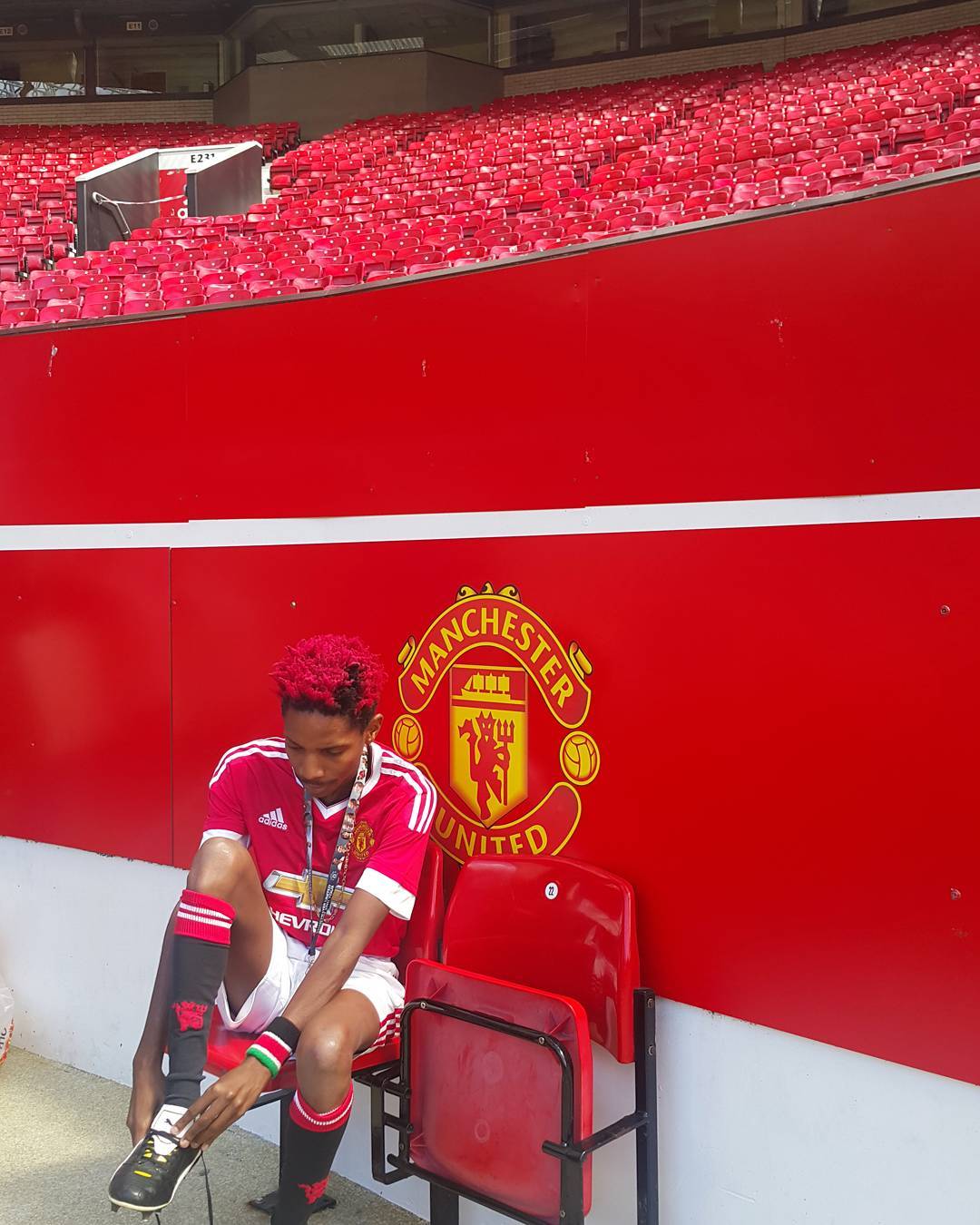