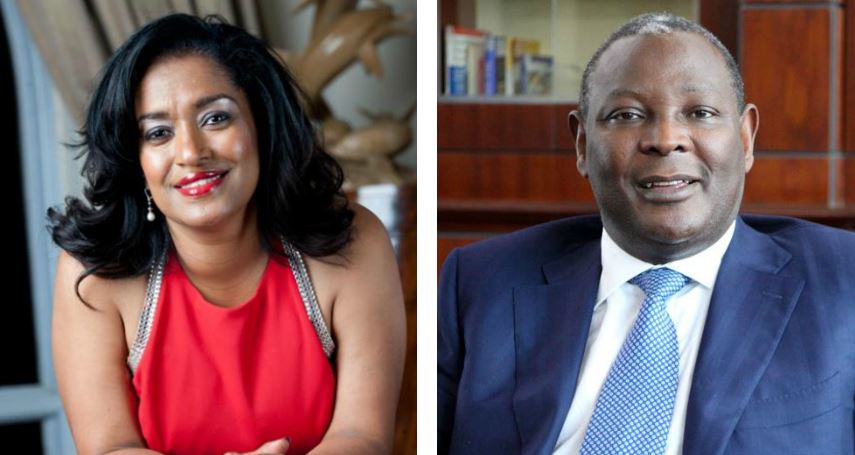 Yesterday businesswoman/politician Esther Passaris came out on social media accusing Equity Bank CEO of sexually harassing her back in the day when her company Adopt A Light was a big company. This claim may be true or just a stunt to grab some news headlines to stay relevant in this election season. 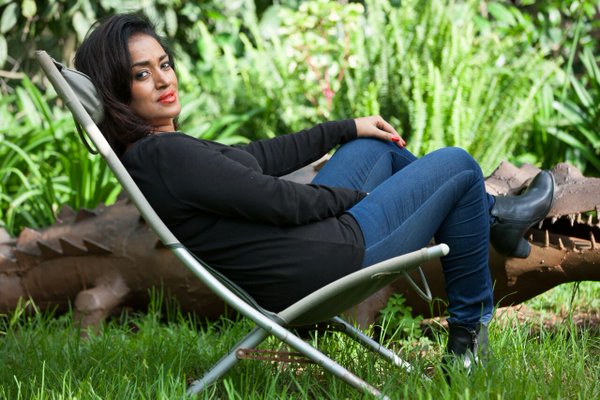 It all started when Passaris was commenting on a link posted by The Star about a bill in parliament about jailing bank CEOs who break the interest rates rule. This is what Passaris commented: “start with @KeEquityBank who levy hidden charges & refuses to reverse the same. Also find ways to address sexual harassment.” 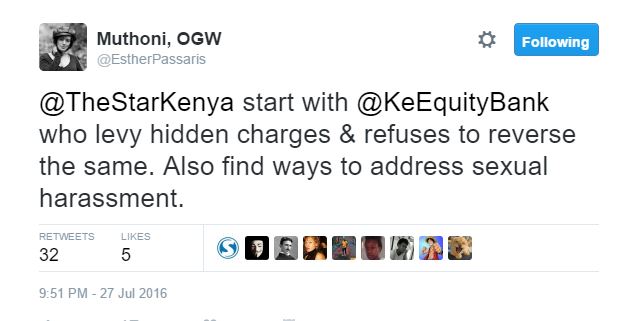 A follower then asked her: “Wat do u mean by sexual harassment n in which context n sense?” 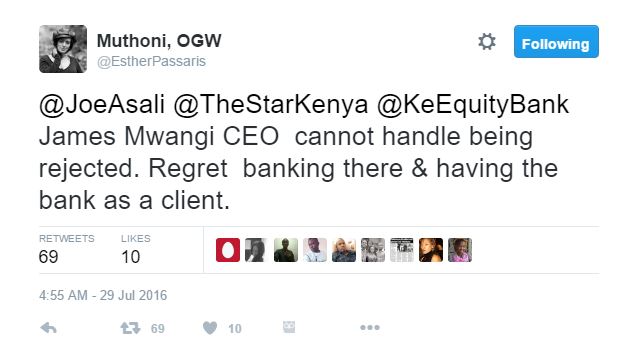 Another fan then asked: “OGW you mean that dude wanted some some from truly yours?”

To which she replied: 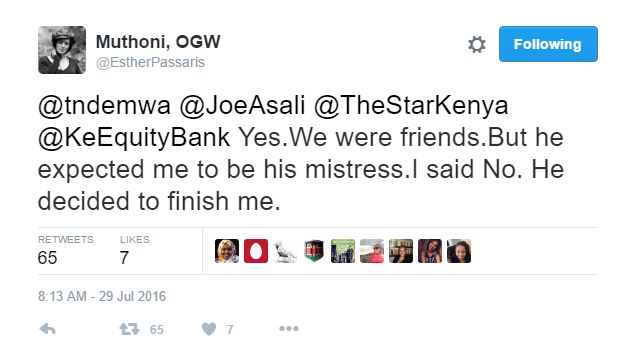 When asked if she had pressed any charges against the CEO, she replied:

Esther Passaris then went on a Twitter rampage sharing her story of how “the sexual harassment” unfolded. Check it out 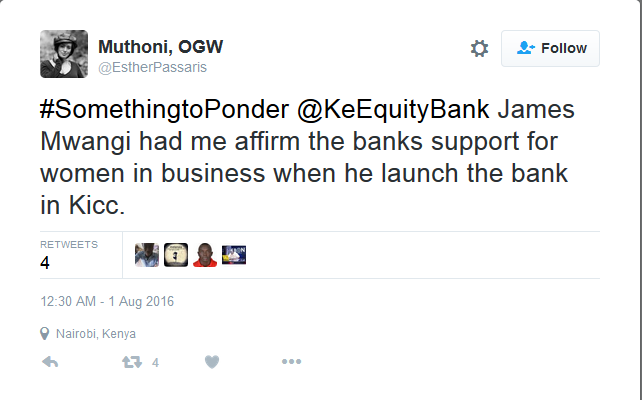 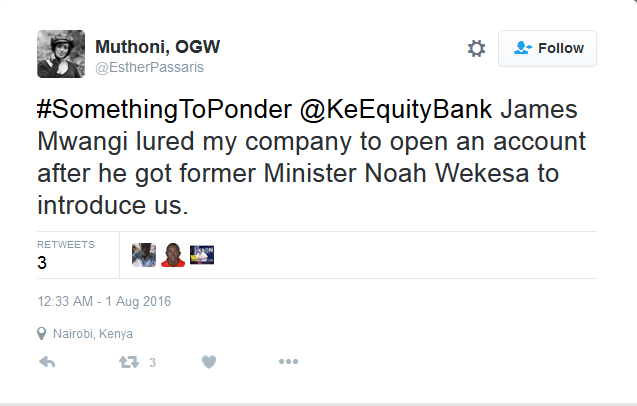 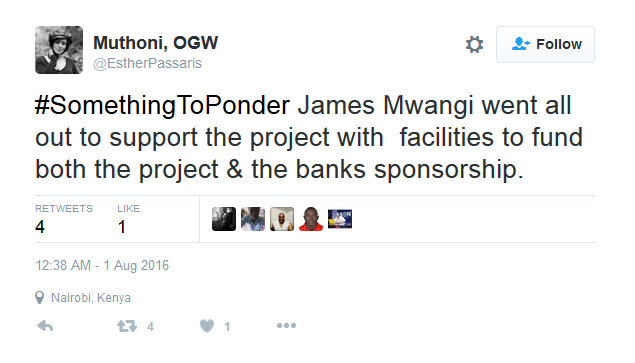 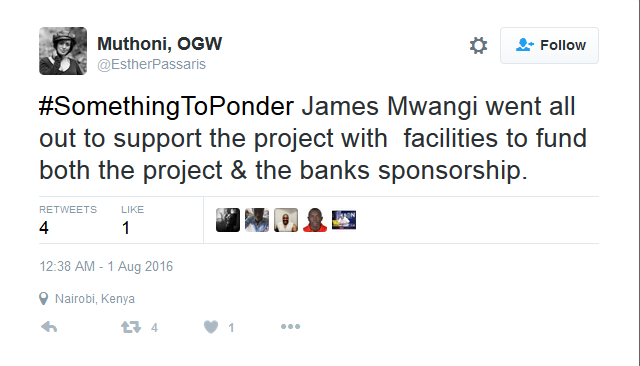 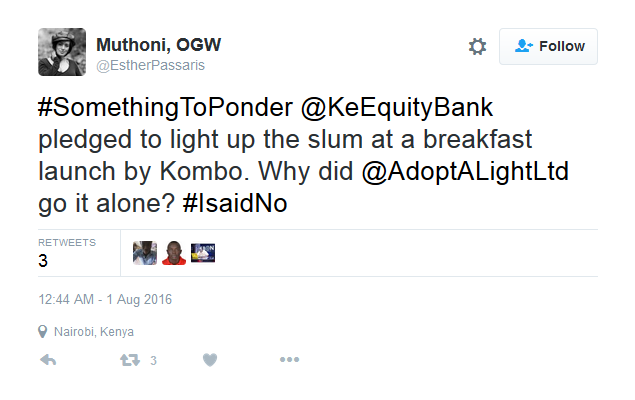 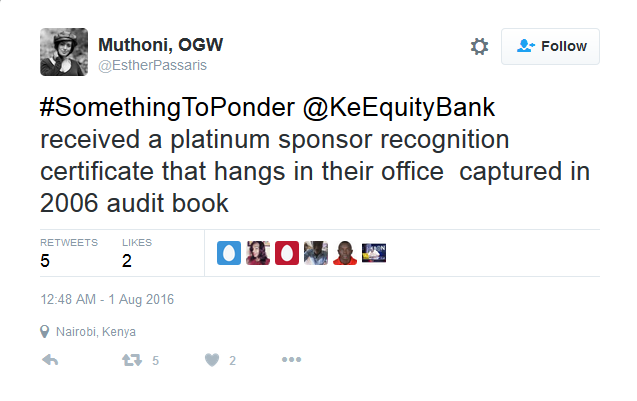 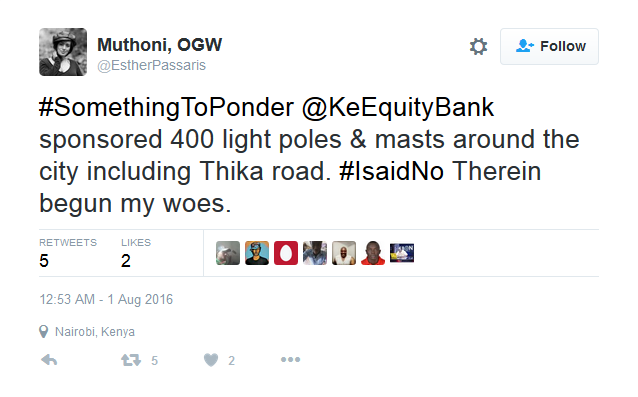 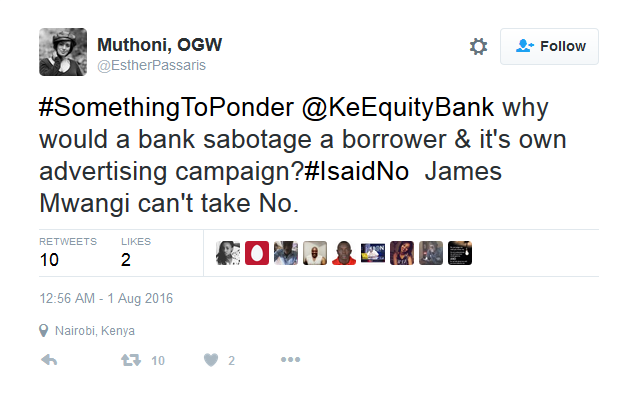 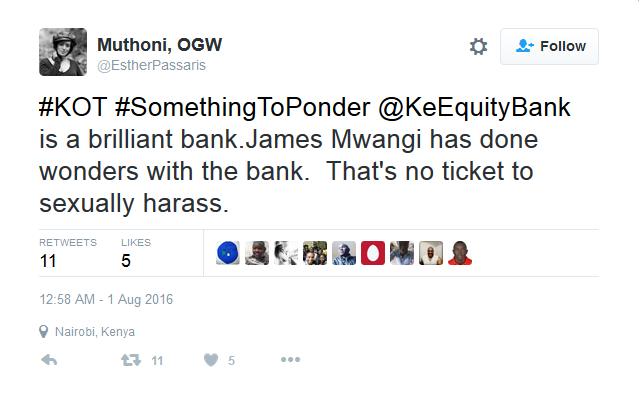 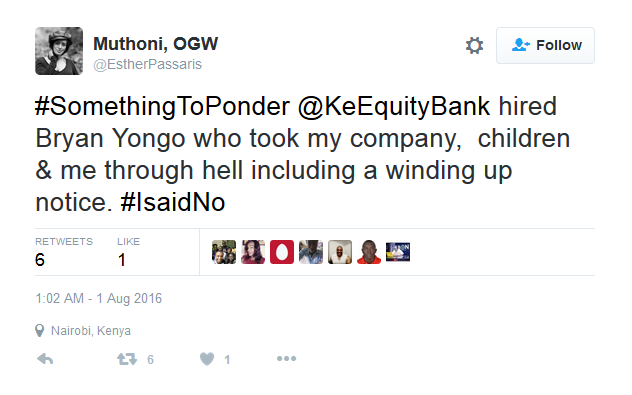 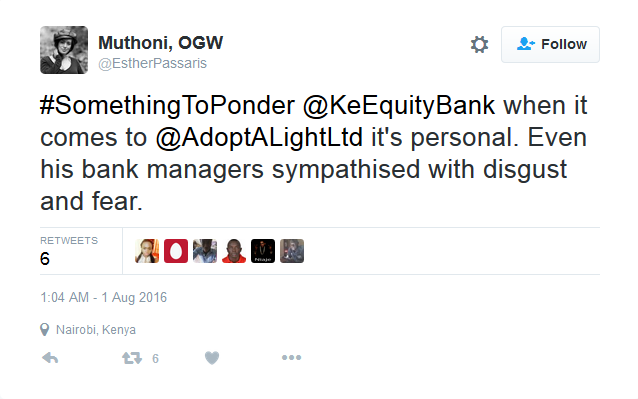 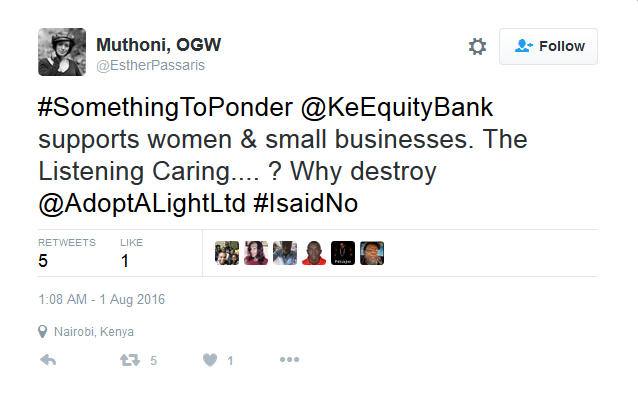 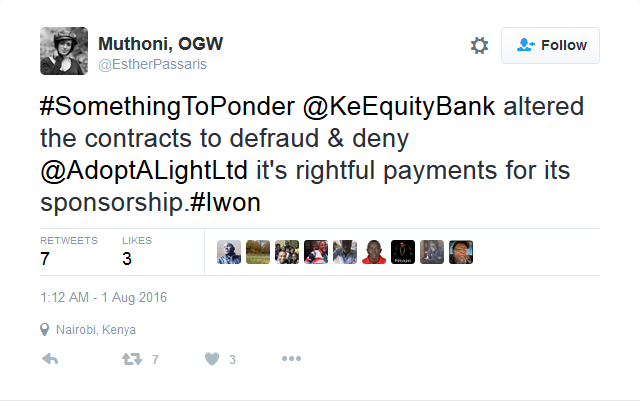 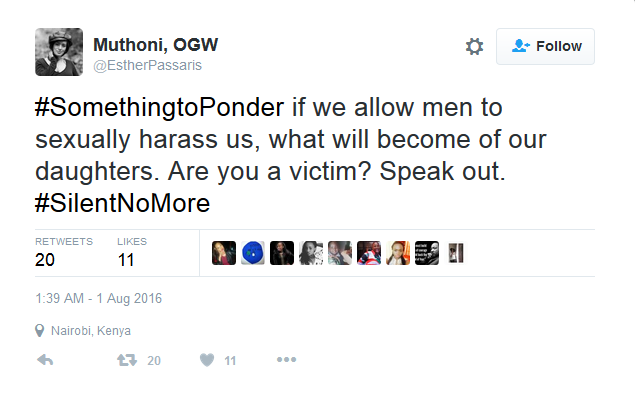 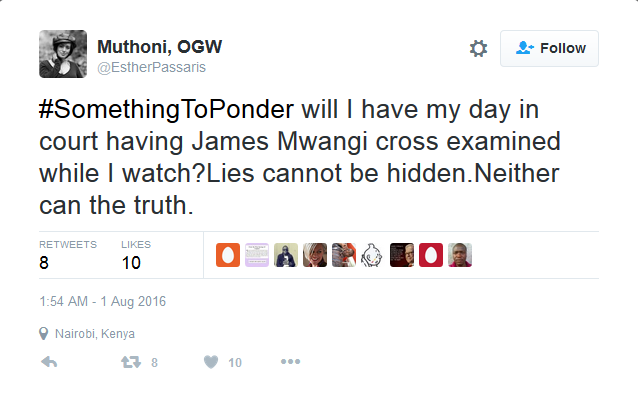 This whole Adopt A Light vs Equity Bank saga happened back in 2013 when Equity Bank refused to pay her Ksh35.8m for the second year in a 3 year advertising deal they had signed back in 2006 and cancelled after 2 years. The lender then proceeded to demand back Ksh41.9m it had paid Adopt-A-Light during the first year saying that Nairobi City Hall had brought down some of its billboards hence accusing them of false misrepresentation that the firm had received full approvals from City Hall to erect, maintain poles, billboards and masts.

In 2015, The High Court ordered Equity Bank to pay up.