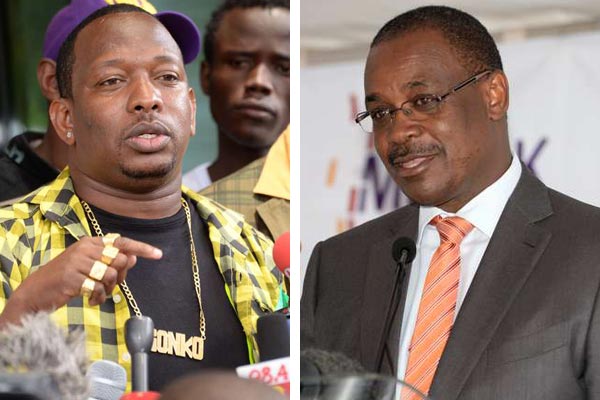 Evans Kidero’s office is not happy with Senator Mike Sonko’s recent campaign billboards and has gone ahead to order them to be taken down within the next 12 hours. This is according to the letter by the promotional company which erected them.

The county government says the company defaulted in different areas one of them being that the senator’s campaign was associated with the county administration through the use of the official emblems of the county. It also said that the graphical material which was used had not been availed to them.

If the billboards are not pulled down, the county government will remove them at the cost of the company. 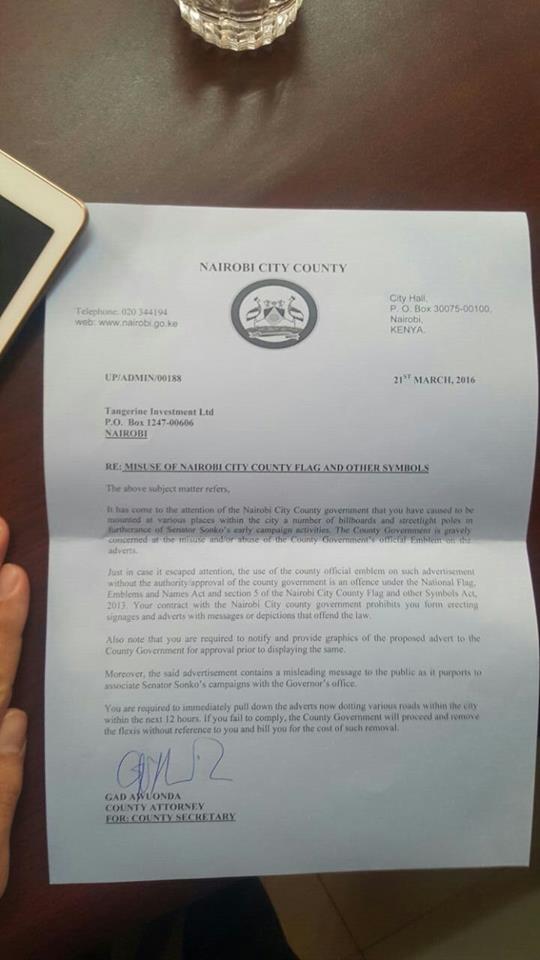