We are all aware of the story of the Orange Customer Care guy who tried to hit on a girl he had earlier served. This move got him into some crazy trouble.

Now another story has popped up on social media where some guy went to a kibanda and paid using Lipa na Mpesa. Later he received a message from the mama running the kibandaski. It read: “Ni mimi mama wa soko, Ulinunua kibandani yangu leo na lipa na mpesa.” she texted him. “Ningetaka kukujua zaidi,” 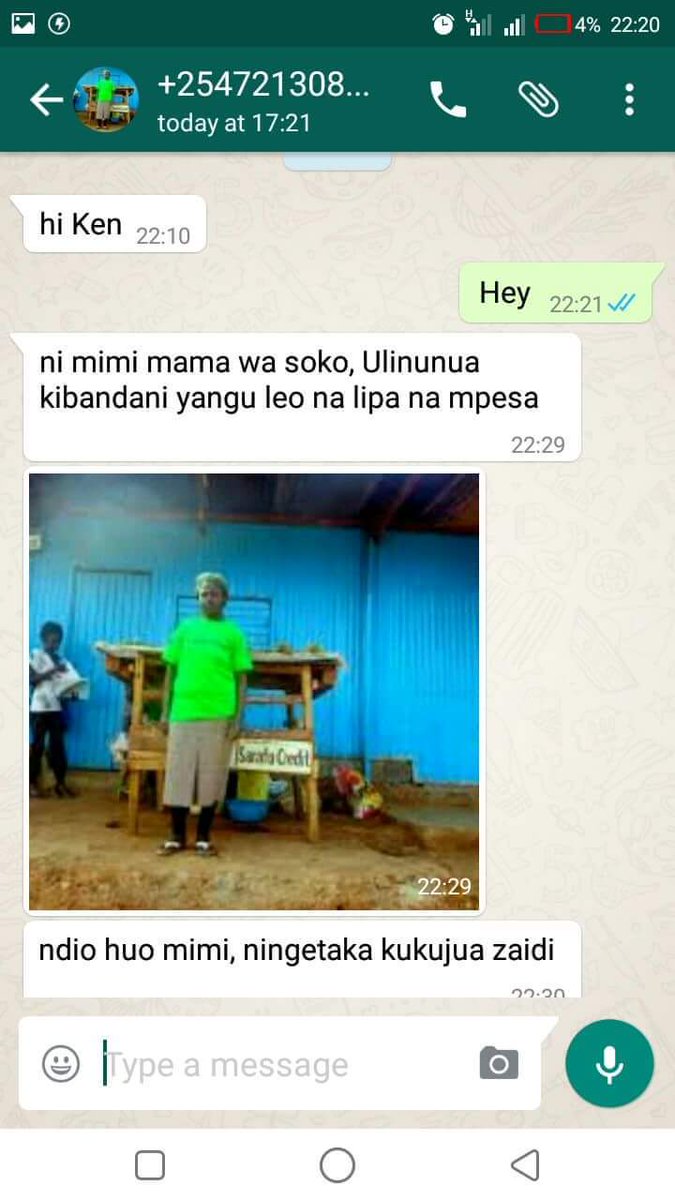