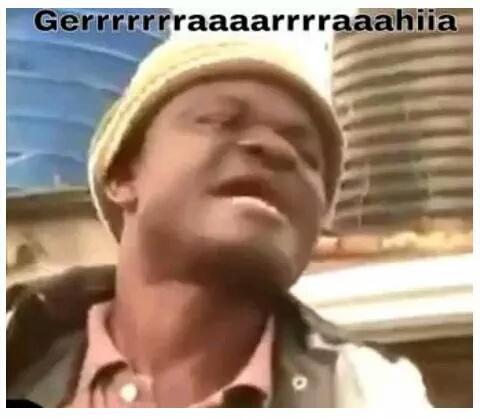 Francis Odega, the guy who played the character who said the phrase Gerarahia Mehn, has gotten really famous after his videos clips from a movie went viral all over Africa. Right now he is smiling all the way to the bank after landing a lucrative endorsement deal with Nigerian telecommunication company called Etisalat.

Estisalat Nigeria is a subsidiary of a leading UAE telecommunications company called Etisalat. Francis has done a very hilarious advert as the new brand ambassador. Even King Kaka is a fan of him since he released a song called “Gerarahia”.