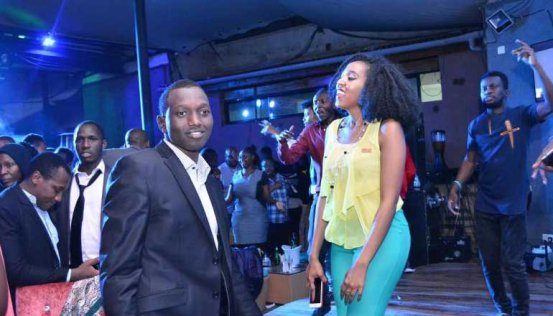 Recently Willian Ruto’s son Nick was at an event party at Privee Club in Westlands that was sponsored by Hennessey. He was in the company of four lawyer friends. The crew got to the club at 11pm and as expected went to enjoy their night at a reserved VIP table.

As expected, various Nairobi beauties were attracted by the money and political affiliation Nick holds so a group asked to join his table. They got approved to join but their stay wasn’t guaranteed to be permanent since other groups of girls were also looking for a chance to join Nick and his team.

At 1 am another group of girls joined and took to the dance floor with Nick and his friends. One of the seated girls was overheard saying, “This guy is a very good dancer, he is also very social and handsome. I really want to take a selfie with him. Oh my gosh…,” as she opened up about being envious of the girl dancing with Nick.

Nick’s bouncers ensure no drama erupted as so many girls’ attention shifted to Ruto’s son.

The crew left at around 3am.