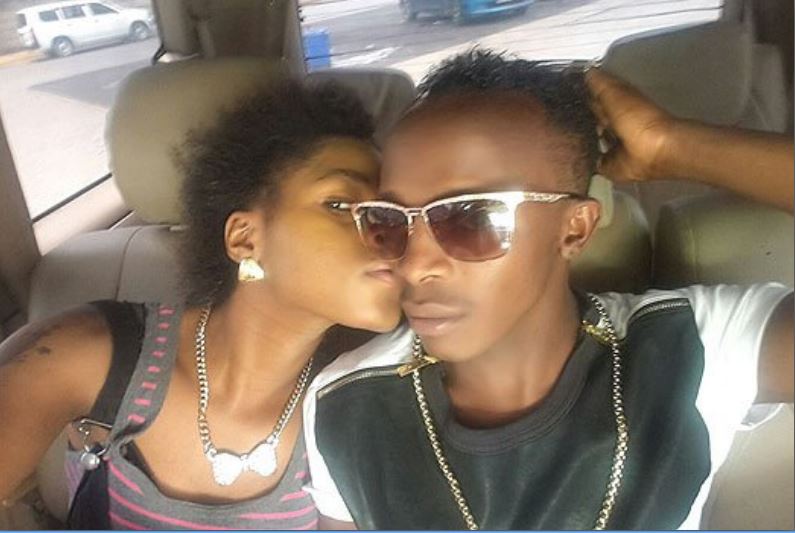 Gospel musician Papa Dennis was recently linked with Martha Wajero, a student at Daystar University after she claimed to be in a relationship with the singer.

“We have been dating since April, I talked to Dennis the day he got back from Dubai and he assured me that all is well and we later took pictures together,” she told the media.

Papa Dennis was also quoted to admitting that he was dating the model student:

Yes, I have been going out with Martha and even my managers know about her. But I have been given strict orders not to reveal it to the public… about my relationship with her

Now the musician has released a statement claiming that the girl is just a groupie. He wrote:

I am writing this to you with a heavy heart regarding the news going around that am dating the supposed groupie ,socialite Martha wajero….I want to make things clear:

1.she is not my girlfriend the only attachment I had with her is when she worked with maliza umaskini as a model in one of my videos called NJOO and a few voluntary work she did for the organisation.we worked closely and she showed interest but I was not interested in her. NB:she is just a model like all the other models I hv used in my videos.when I get a lady and am ready I will not hide her.

2.msiba WA kujitakia hauna kilio. They say they know you by your friends and now I have to bear that cross.am being attached to her because she was seen by huddah who is known as a socialite and that affects people’s perspective of me.

3.I want to apologise to my fans and the church and take responsibility to make things right.there are a lot of challenges I face as a public figure I humbly ask that you keep me in your prayers am always open to here constructive correction.thank you for always supporting me. yours papa Dennis. 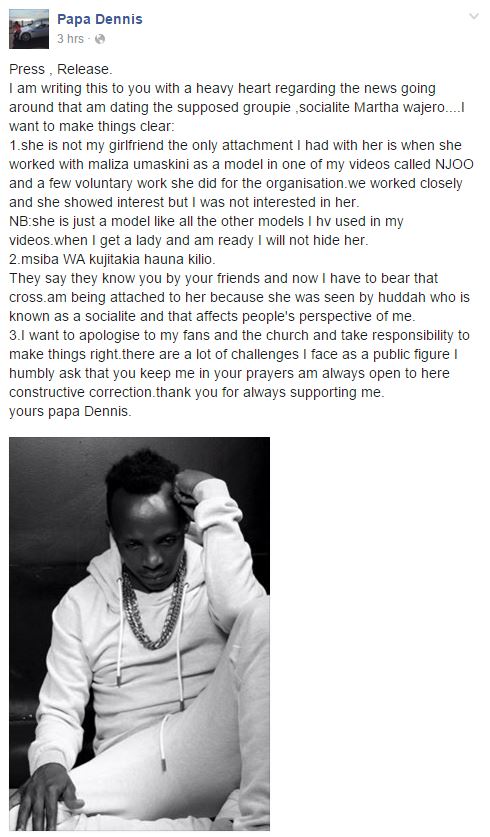