The University Of Nairobi students yesterday took to the streets on Nairobi to protest SONU election results after Babu Owino was declared winner and sworn in. 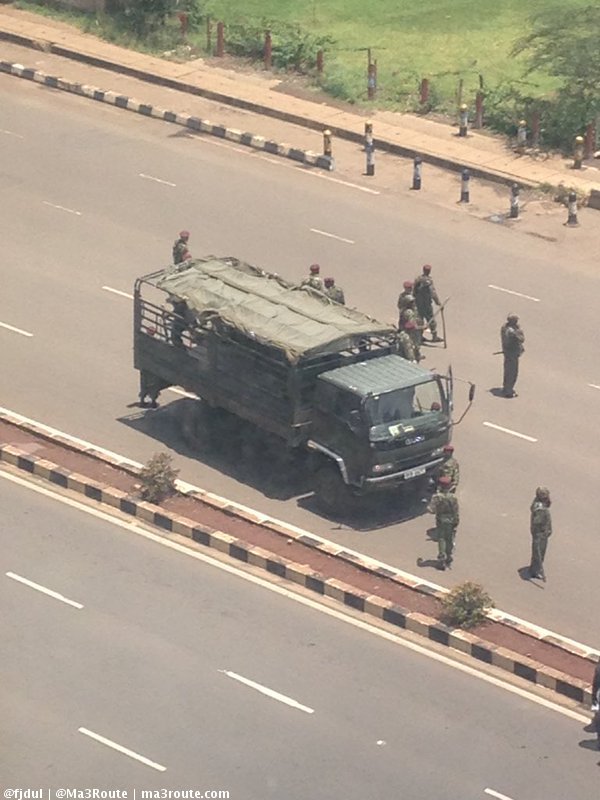 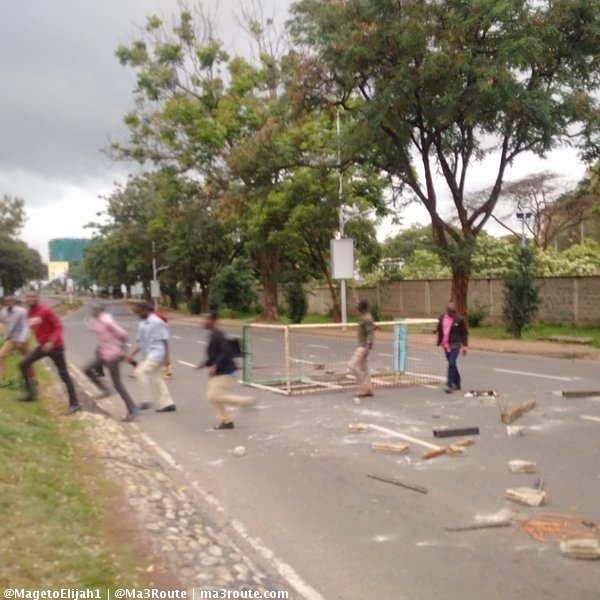 The demonstrations involved stone throwing and burning down of SONU offices. The GSU officers were deployed to tame the rioting students. This led to many students being made to lie by the road side as several GSU officers took turns to beat them with sticks.