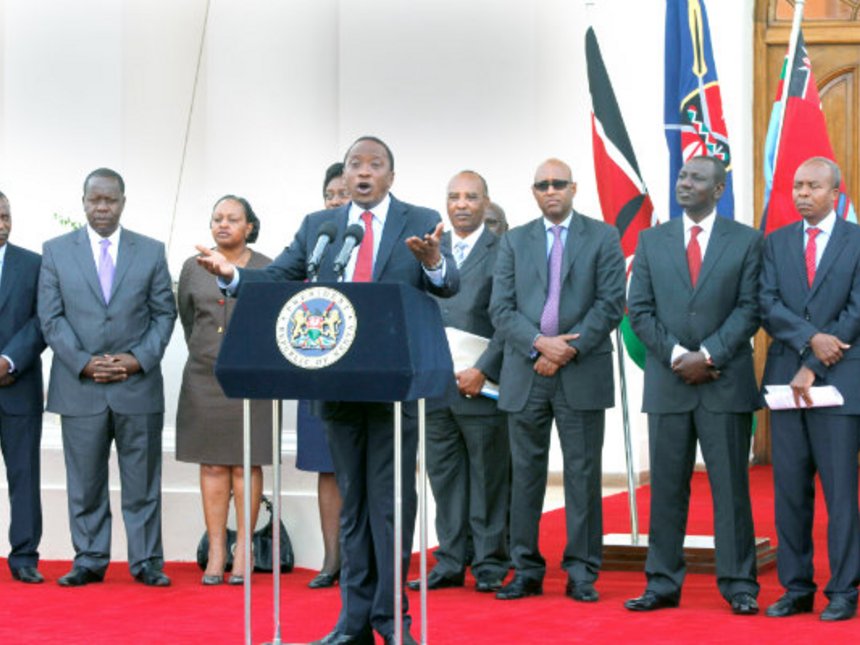 If you are not aware a number of the cabinet secretaries left some really high paying top jobs to work for government at a job heading a ministry eg. Dr Cleopa Mailu left his position as the CEO of Nairobi Hospital where he had a basic salary of Ksh5 million a month to be the CS of Health and get paid Ksh1 million a month.

A Facebook user by the name Eddy Madegwa wrote a post explaining why someone would leave a high paying job for a CS position. Check it out:

You resign your job as a CEO / Country Manager of a certain Multi-national company earning more than Ksh. 5.2 million a month and join the Government as the Cabinet Secretary to earn around Ksh. 1.3 million a month….Upon taking office, you use Ksh. 50,000 to register 5 companies in Sheria House i.e Ksh. 10,000 registration fee per company under your wife and relatives names.

Then you influence the tender processes in the Ministries and each of the five companies is paid more than Ksh. 500 million through dubious deals…Ultimately you have Ksh. 2.5 billion just in a few months!…How many years will you work to make Ksh. 2.5 billion earning Ksh. 5 million a month as a CEO / Country Manager?!… 500 good months or 20 good years!… Why should you struggle for that long and you can easily make Ksh. 2.5 billion?!…Then when its known, you hire good lawyers like Fred Ngatia, Khaminwa & Ahmednassir Abdullahi and pay them Ksh. 200 million.

You even compromise the judges by moving them from their homes South C / Langata to posh homes in Karen, Muthaiga or Runda!…The case then prolongs for 20 years!..It weakens year by year and ultimately thrown out due to lack of sufficient evidence!..What a lucrative business deal!..That’s how many corrupt cases involving billions of taxpayers money have collapsed from Goldenberg to Anglo-leasing to NSSF among many others….That’s how poor Kenyans are robbed their hard earned taxes by those in leadership!…Its a pity!