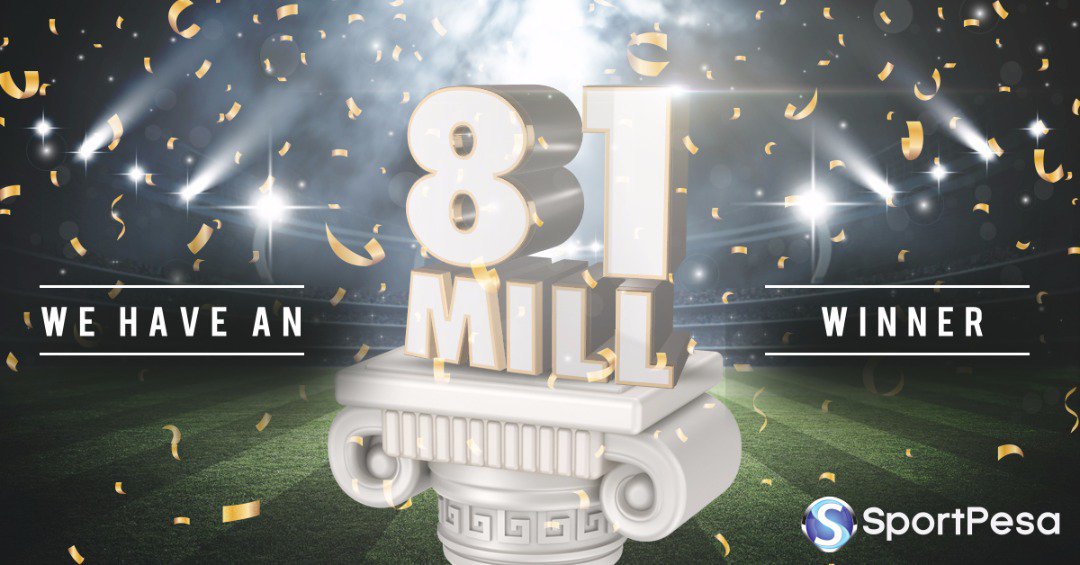 It looks like SportPesa is making a few people mega millionaires almost every week. Barely a week after Samuel Abisai had won Ksh221 million, another guy by the name Alfred Madanji was able to bank Ksh81 million after making 13 correct predictions in the midweeks Sportpesa jackpot. This is the second highest payout for a single winner. “I come from a family that loves and enjoys football. My cousin Micah Mwai played for AFC Leopards and another one, Joseph Were also played for the team when it was still referred to as Abaluhya Football Club, as a goal keeper many years ago,” said Alfred.

Madanji revealed the money was instantly transferred to his account and he now plans to build his family a home plus set up his own rental units.