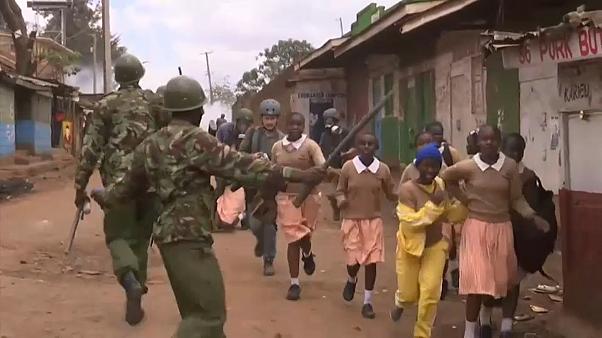 Recently there has been a large number of reports of opposition supporters clashing with police officers during their demonstrations. Unfortunately innocent civilians who have nothing to do with the demos get caught in between the clashes. Some videos are circulating on the internet of some school kids who were caught right in the middle of the confrontations.This was in Kawangware after finishing the first day of national exams. Two of the school girls collapsed after being exposed to tear gas. They were carried away by members of the media and police.