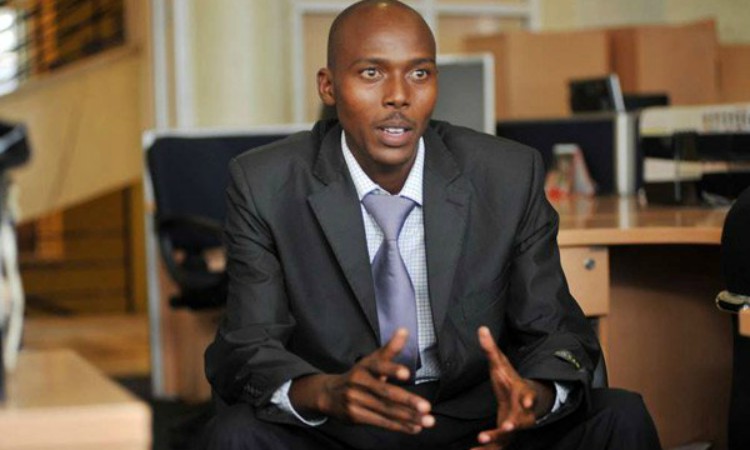 Kenya is a country than churns out more graduates than the number of new job vacancies available in the market. Some graduates end up settling in job positions they never wanted just so as to make ends meet.

26 year old Boniface Kirui in one of the many Kenyans who is suffering due to lack of jobs. He graduated from Moi University with a business management degree in finance and banking plus a CPA Part 1. He is from Bomet County.

Speaking to the Daily Nation, he gave out this story:

My younger siblings had joined secondary school and my family was struggling financially. Paying for school fees was a challenge and in between, I had to do menial jobs like hawking second-hand clothes, especially t-shirts and jean trouser to my fellow students to earn some pocket money.

At other times, I would approach businesses in Eldoret town to run errands for them as a messenger, whenever I had a free day from class. This saw me earn Ksh50 per task and I would make a maximum of Ksh150 in a day. Though this was only twice in a week, it kept me going as I would invest it in second-hand clothing. But the small business could not grow because I was using the little profit to support my living expenses and part of my school fees. For the four years that I studied, I juggled between menial jobs and school work. I eventually graduated in 2015.

I have been sending out job applications every so often but so far none of the banks and financial institutions i have applied to has called me for an interview. I always dreamt of working in a bank or this big financial institution. I imagined myself smartly dressed in a suit and a tie as I headed to work every morning but that has not yet come to be. I’m working as a guard at Agape Court in Madaraka Estate, Nairobi.

After paying rent, I’m left with very little to send to my parents back home. There is hardly enough money to take me through the month. The money is not even enough for bus far alone, so I walk to work.

Boniface lives in Kibera with his a friend. They share house rent which is around Ksh2,500. His job at the security company pays him around Ksh7,000 a month. He hopes that one day God will answer his prayers and grant him his dream job.