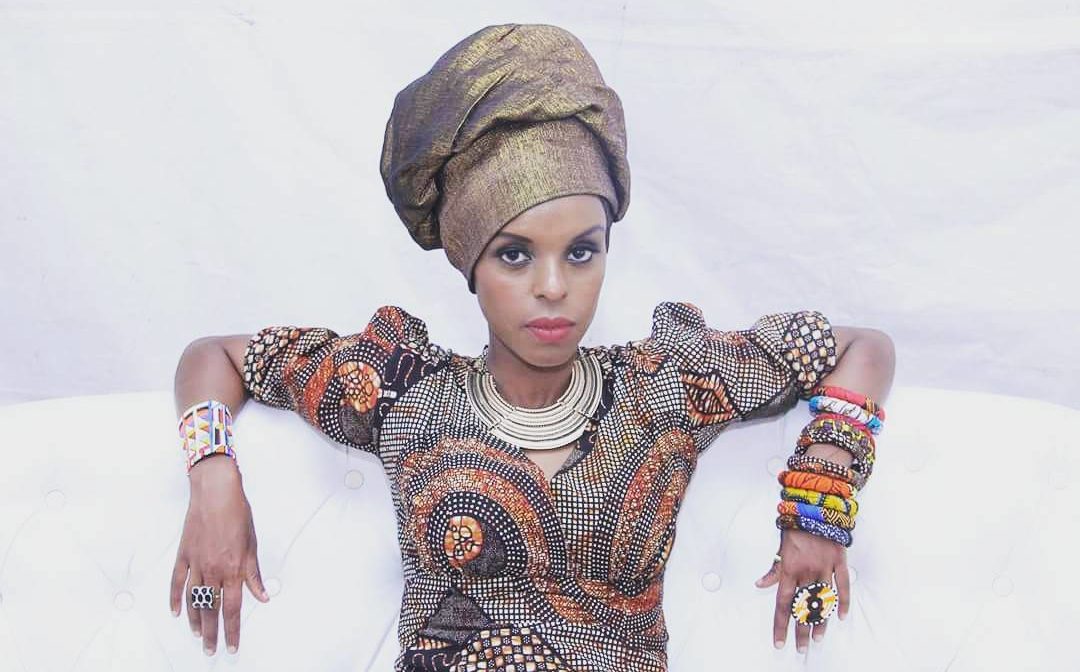 Today the trending news on social media has been the various alleged rape cases that have happened at Kenyatta Hospital. It is claimed that various women at the hospital have been raped by morgue attendants as they went to breast feed their newborns at the nursery station on a different floor.

Here are some of them: 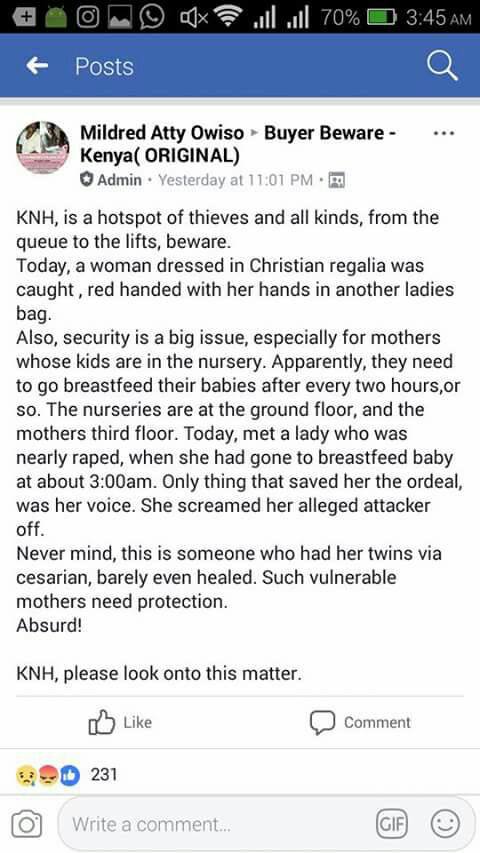 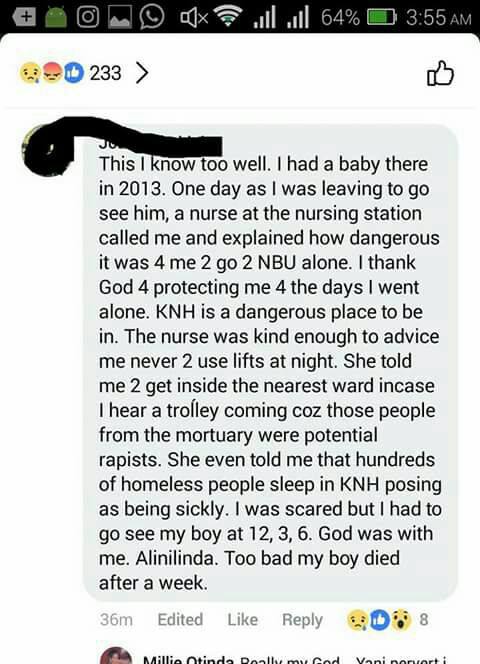 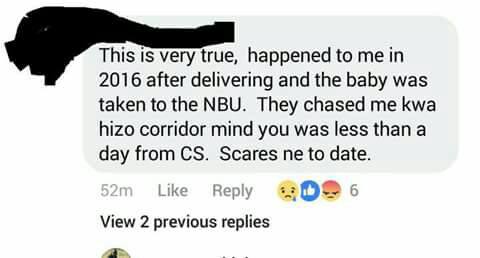 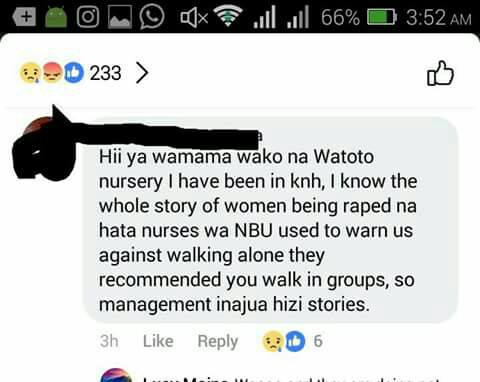 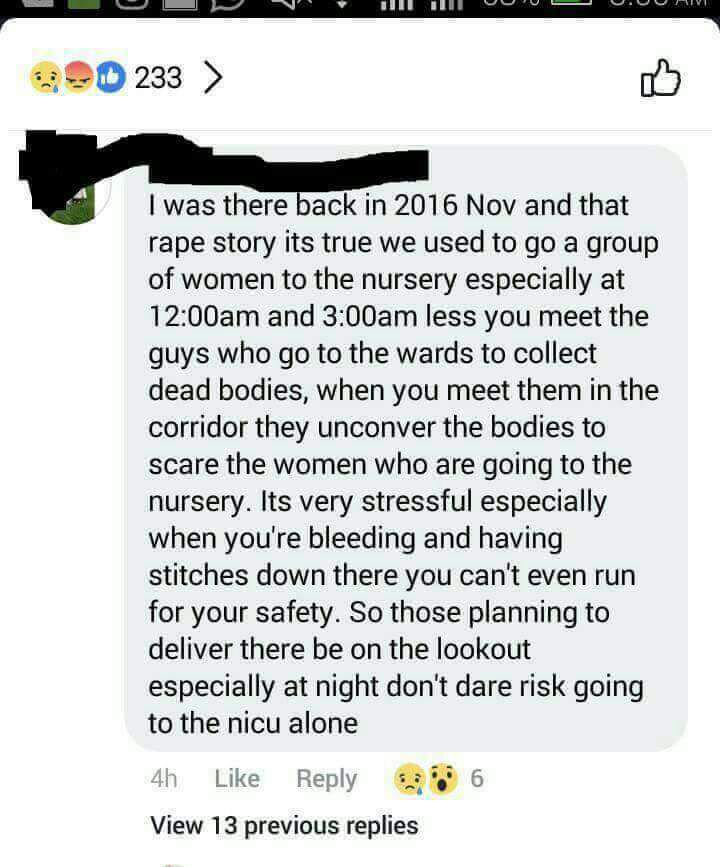 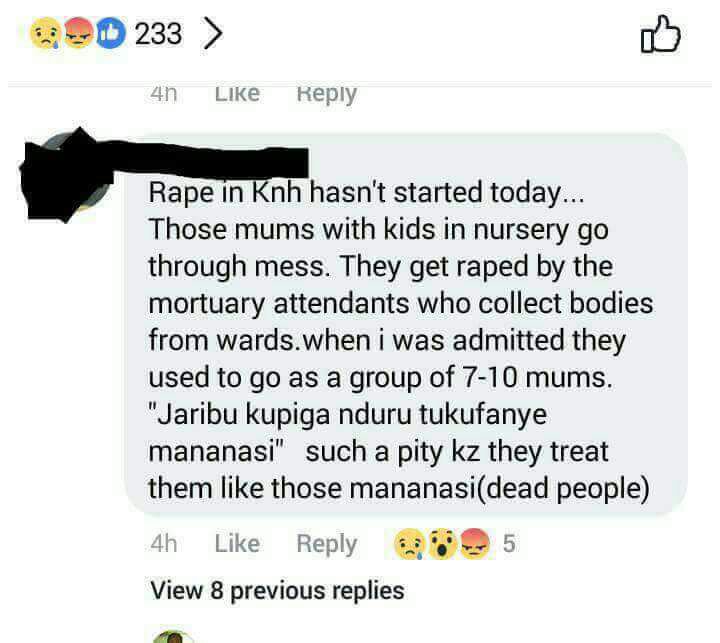 “This is an angry long post. This is a post to our Women Rep Esther Passaris @esthermpassaris . I’m sure by now you have heard about the insecurity at the largest referral hospital, Kenyatta National Hospital. This has gone on for a very long time, actually this has gone on for decades under the watch of the management. You are very aware that our WOMEN ARE BEING RAPED BY MORGUE ATTENDANTS. YOU ARE AWARE WOMEN CANNOT GO AND BREASTFEED THEIR BABIES WITHOUT BEING ATTACKED. WHAT THE HELL IS THIS???? Women going through CS is already enough pain. Then RAPE. I’M ANGRY. I’M SAD. THE WOMEN IN THIS NATION ARE NOT SAFE ANYWHERE. LOOK AT ALL THE SH*T WE ARE GOING THROUGH AS WOMEN. KENYATTA NATIONAL HOSPITAL IS A SCARY ZONE.

“I’VE BEEN THERE A COUPLE OF TIMES AND THE AURA OF INSECURITY IS IMMINENT. DURING THE DAY, YOU BATTLE WITH PICKPOCKETS IN THE LIFTS AND ON THE STAIRCASE, AT NIGHT OUR WOMEN ARE BEING RAPED BY MORGUE ATTENDANTS.
THIS IS MADNESS. THIS IS A NATION THAT NEEDS ACTION. HEADS NEED TO ROLL.
THIS IS THE HIGHEST ABUSE OF WOMEN AND HUMAN RIGHTS.
DON’T EVEN TRY TO THINK OF WHAT WOMEN WHO’VE UNDERGONE CS GO THROUGH. THEN WITH THE STITCHES, THEY’RE FORCED TO WALK UP AND DOWN THE STAIRS LEST THEY MEET WITH THESE RAPISTS.
C.E.O OF KENYATTA NATIONAL HOSPITAL IS A WOMAN. THIS HAS GONE ON UNDER HER WATCH. THE WOMEN OF THIS COUNTRY DESERVE THEIR RIGHTS.
THIS SHOULD NOT JUST END ON SOCIAL MEDIA COS ANYONE OF US COULD END UP THERE.
WE NEED TO STAND UP FOR THE WOMEN. WE NEED TO STAND UP FOR POOR WOMEN.
IT IS NOT A CRIME TO GIVE BIRTH.
LEAVE OUR BODIES ALONE.
WE ARE DAMN TIRED.”

The KNH management and security agents have said they will provide a report on the issue by Monday 22nd January 2018.