We have all heard about the saga between Laura and the Orange Kenya employee after their Whatsapp conversation went viral all over the internet.

Another hilarious Whatsapp thread has popped up on social media of a ‘security officer’ who deposited Ksh70,000 at an Mpesa agent in Kondele. Later in the day the beautiful Mpesa agent who was serving him sent a photo and text message trying to flirt with him. 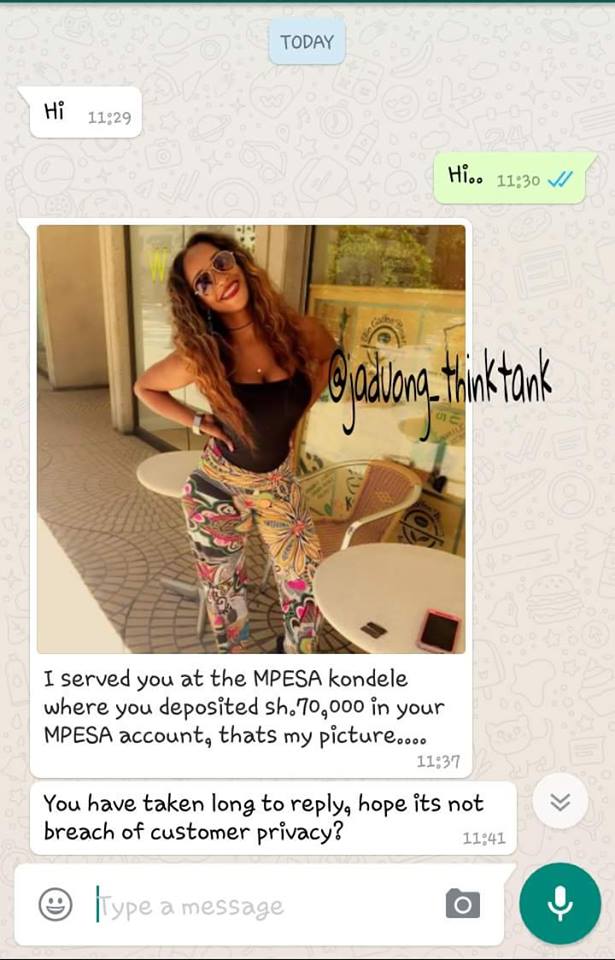 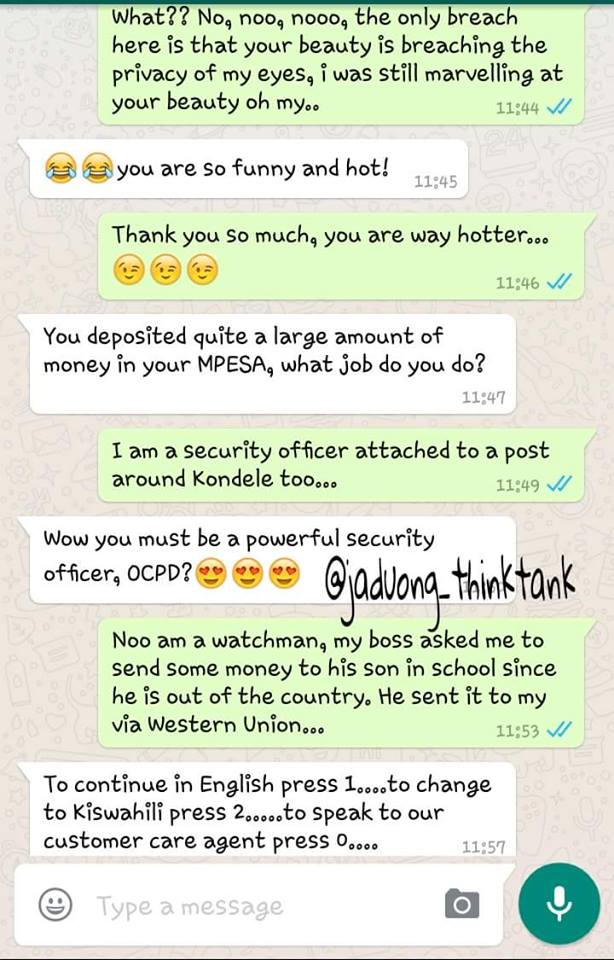