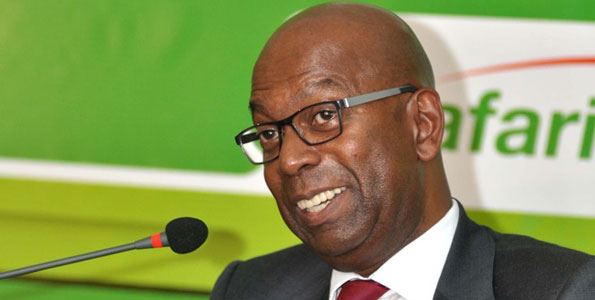 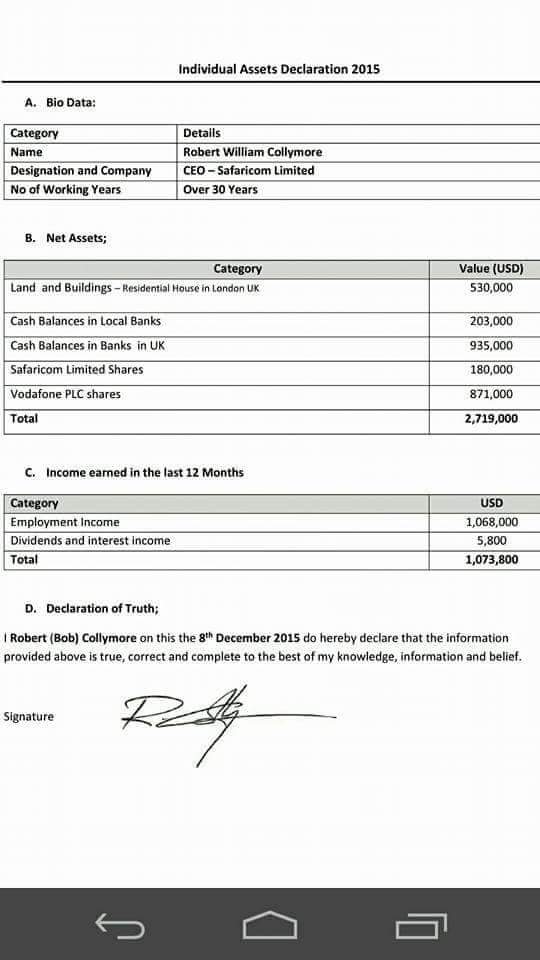 Bob Collymore has declared his wealth and he is paid a salary of ksh10 million ($100,000) per month. He has assets worth over ksh277 million ($2.7 million) which is way less than some of the people in the Kenyan government who have worked for less years than Bob Collymore’s 30 years.