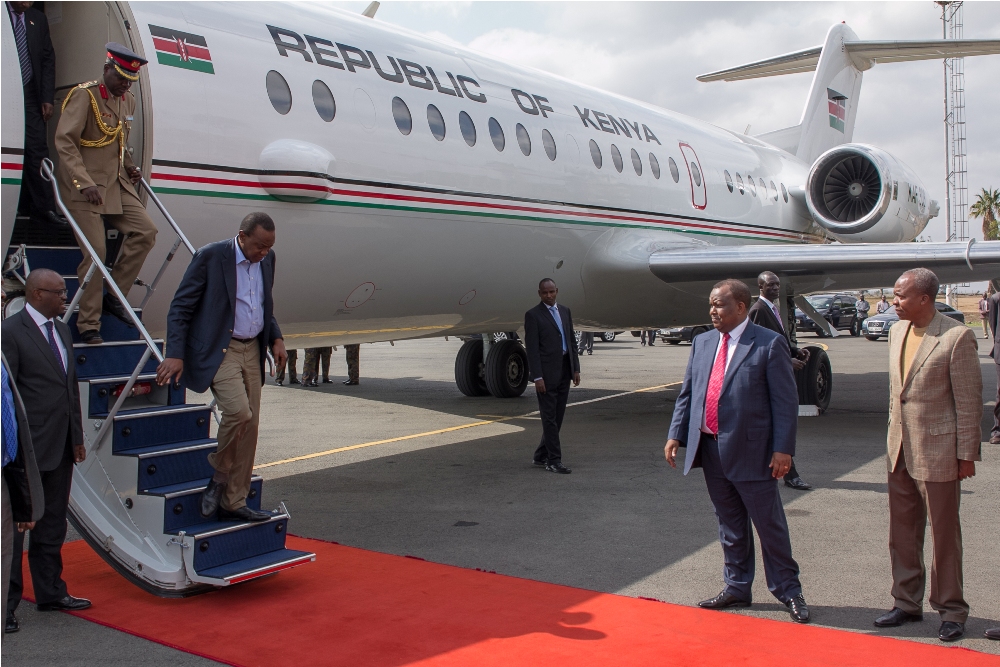 President Uhuru Kenyatta has made at least 24 foreign trips within the past year and these cost taxpayers millions of shillings. The presidency (President and Deputy President) has a set budget to cater for most of his expenses and he has already exceeded it by Ksh300 million and is seeking an extra Ksh50 million for local travel needs.

Just last week we got to find out that he was to be accompanied by 84 people to the inauguration of Nigeria’s president elect Muhammadu Buhari. He cancelled the trip after public outcry.

Every time president Kenyatta travels he is accompanied by various delegates, security team and other government officials. They get traveling allowances for these activities.  Senior members of a presidential delegation will get a daily pocket allowance of up to Ksh40,000 ($400) plus the government will directly pay for their food and accommodation.

The Ministry of Foreign Affairs has spent Ksh604 million in foreign travel. This was mainly in footing bills for the members of the President’s delegation. This is tiny as compared to the Ksh3.6 billion spent in foreign and local  travel by MCAs.