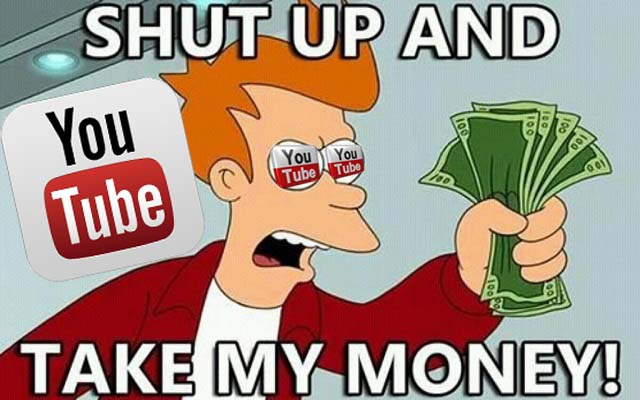 Some people on YouTube are able to make millions of dollars every year just by entertaining people or producing useful videos. Entertainment beats them all since its easier to grow a returning audience. Majority of the people trying to make money from YouTube just end up with a couple of hundreds by the end of the month.

So how much money do people make per 1000 views?

Well this varies greatly. According to my estimates it ranges from $5-$1. Things like location, season of the year, age etc determine. It is basically a bidding war on the advertisers side, the higher the demand from advertisers the more money you make. Previously people used to make a lot of money since the advertisers were many but the content and video views were not as high. Right now the amount of useful content has tremendously grown and you all have to share them.

Other things like Adblock affect your monetizable YouTube views. This can easily lead to you just making money from 60% of the total views given. Remember, YouTube has skippable ads called TrueView ads. Advertisers are only charged when the viewer watches 30 seconds of the ad or watches to the ad’s completion, whichever is shorter. If a viewer decides to skip the ad in the first 30 seconds, the channel you are watching won’t make any money since the advertiser won’t pay for that as a ad view.