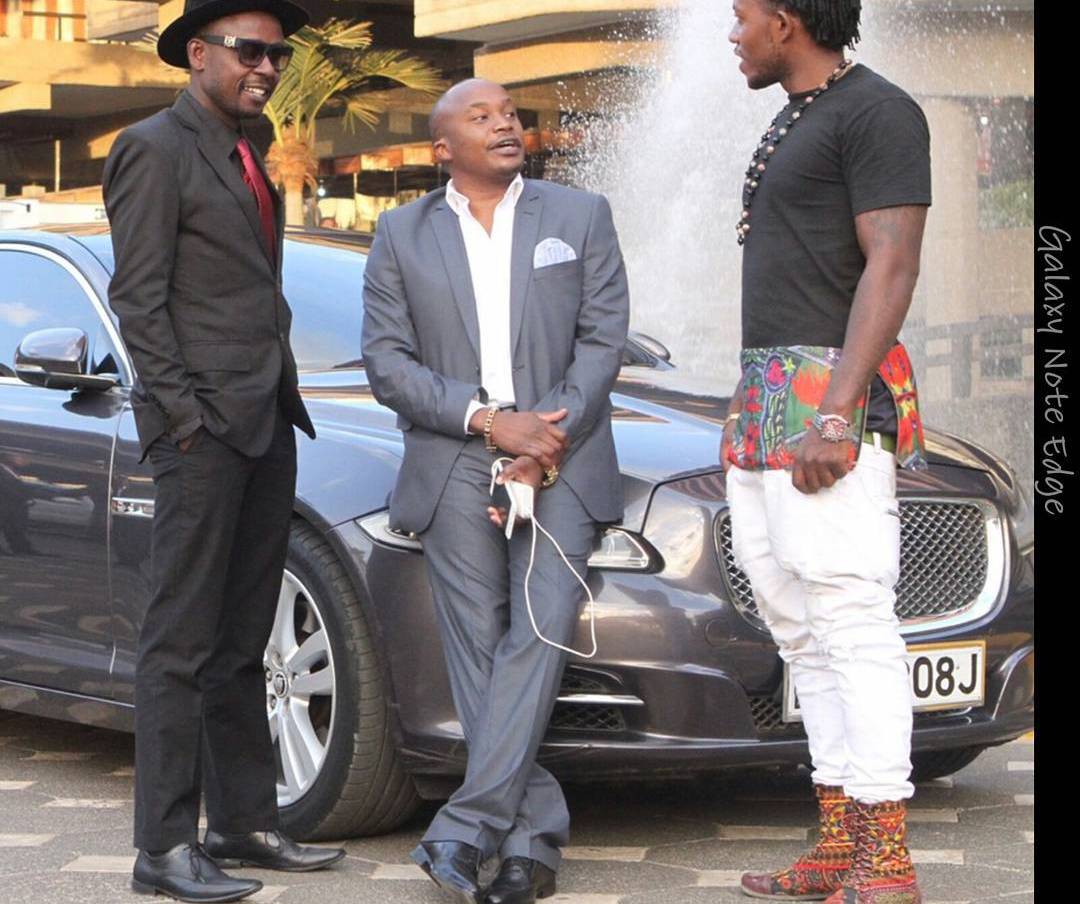 Charles Njagua Kanyi best known as Jaguar was at Technical University Of Mombasa last weekend together with Mzazi Willy M. Tuva during the Mseto Campus Tour.

Jaguar decided to share some of his earning with the fans by throwing a bunch of notes to the crowd as they scrambled to get a portion of it. This is not the first time he has done this. In a concert in Meru he made it rain widely. He can totally afford it since he currently makes over Ksh500,000 per show and even more money through his various side hustles. 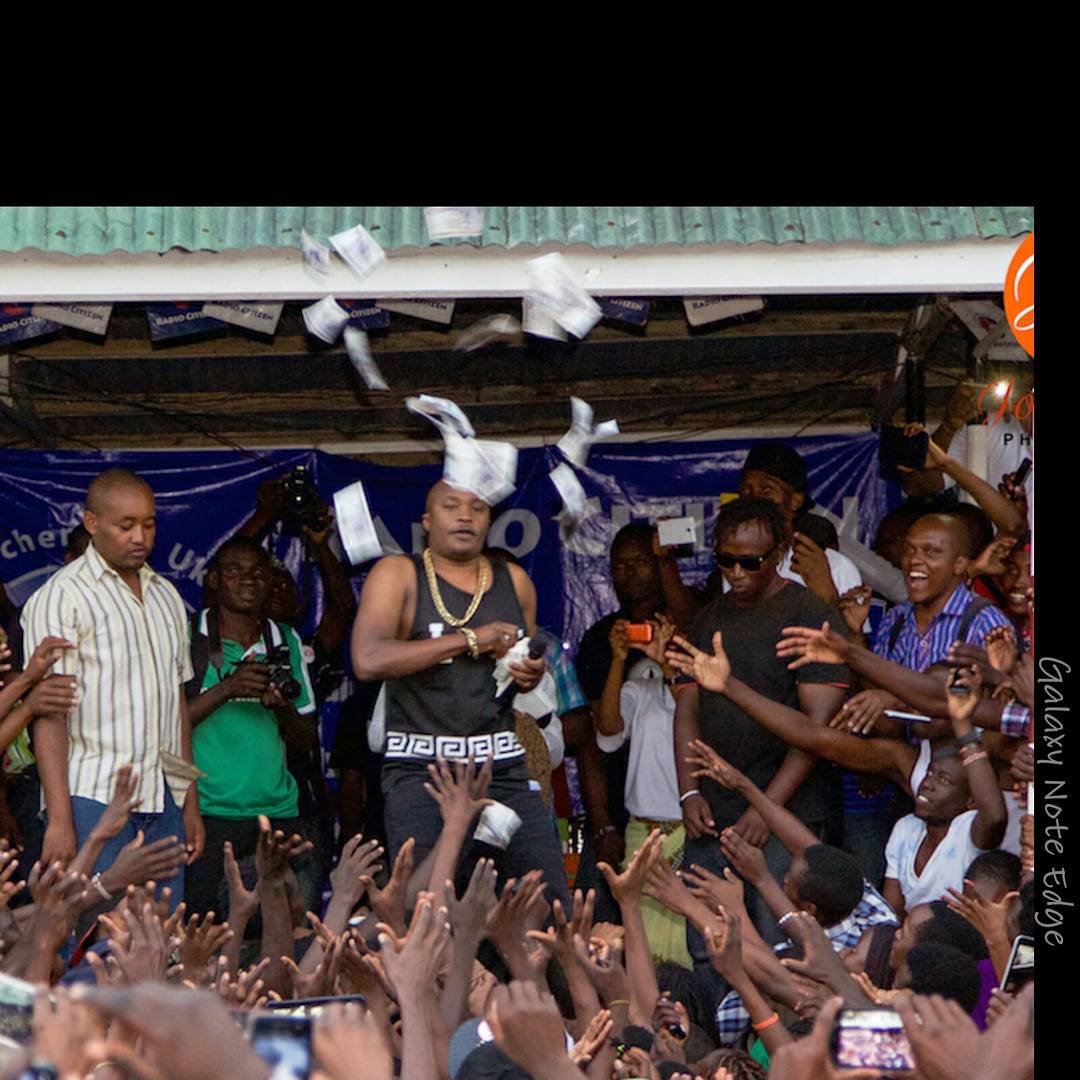 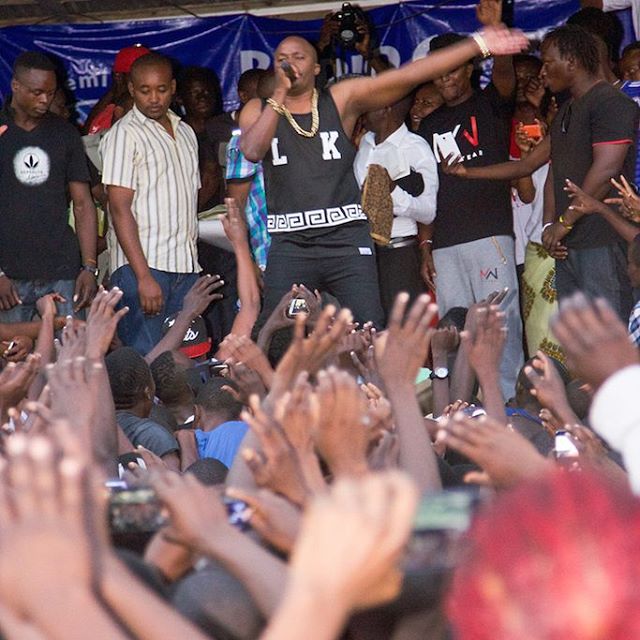 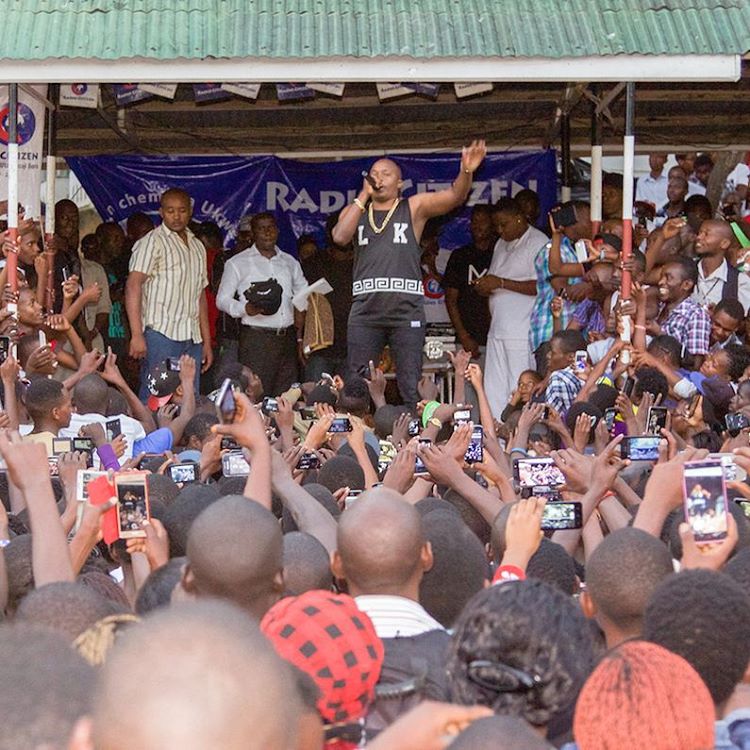