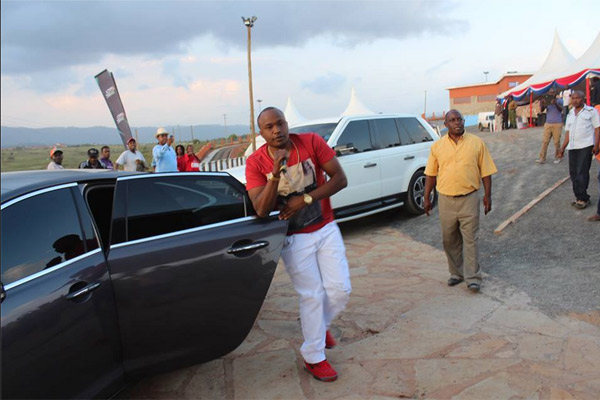 Kioo hit maker Kenyan musician Jaguar was in Rwanda for a show. The turnout for the event was around 10,000 people and this almost caused a stampede. The main-stage was dismantled and Jaguar had to perform from the rooftop of an unfinished part of the stadium dais.

While performing his hit song Kigeugeu, Jaguar showered his fans with lots of money and it was all caught on camera. Just watch