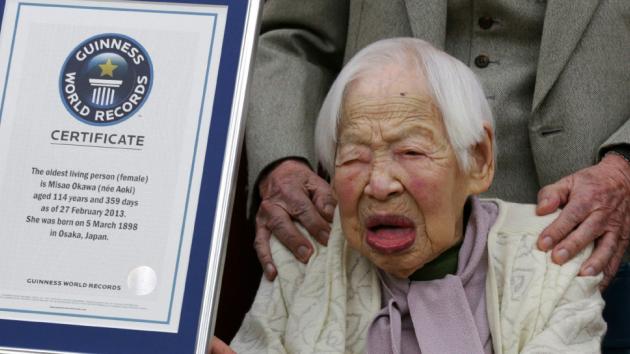 The other day the worlds oldest man Alexandra Imich , (1903 ) died on Sunday in New York. Alexandra was 111 years old.
His death has now leaves the title he held open for 111 year old Sakari Momori who no surprises there comes from the country of Japan.
Japan as being investigated  by organizations such as the Guinness world book of records for being the country with the highest number of elderly people as Japan has the highest life expectancy of any major country. According to the World Health Organisation (W.H.O) Women on average live up to 87 while men live up to 80.
So one may wonder how exactly the Japanese who work under high pressure jobs not to mention high stress levels due to the pressure to perform and deliver live so long?
Well most credit it to the first the cuisine which is dare i say friendly to the body cuisine like: tofu, sea weed,fish, vegetables, Okinawa diet, squid, octopus etc. Their meals carry low long term risk of stomach cancer or arteriosclerosis but the downside is some of the dishes have high salt content or even undercooked. This will expose you to diseases such as H.Pylori infections.
Secondly well the Japanese enjoy stress free health bill free lives at their elderly age thanks to their culture whereby children look after their elderly parents instead of taking them to homes and hospitals
More reasons definitely come into play on this topic but at the end of the day the Japanese are still among the  pace setters.