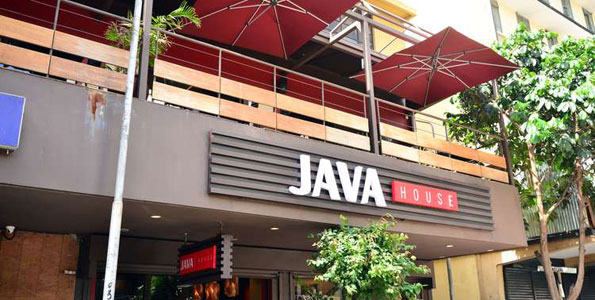 Nairobi Java House has built a really big brand and is viewed as one of the classiest coffee shops in the country. However from time to time, they mess up really badly.

Lawyer Fred Chumo posted an alleged photo of the snail just moving in a vegetable salad that was served to him. The post went viral and Java House was roasted on Twitter. 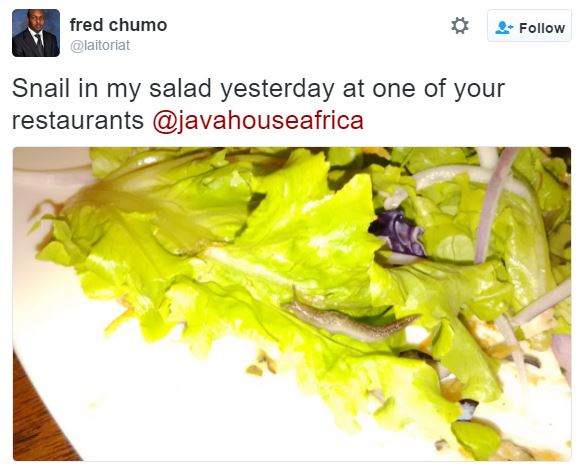 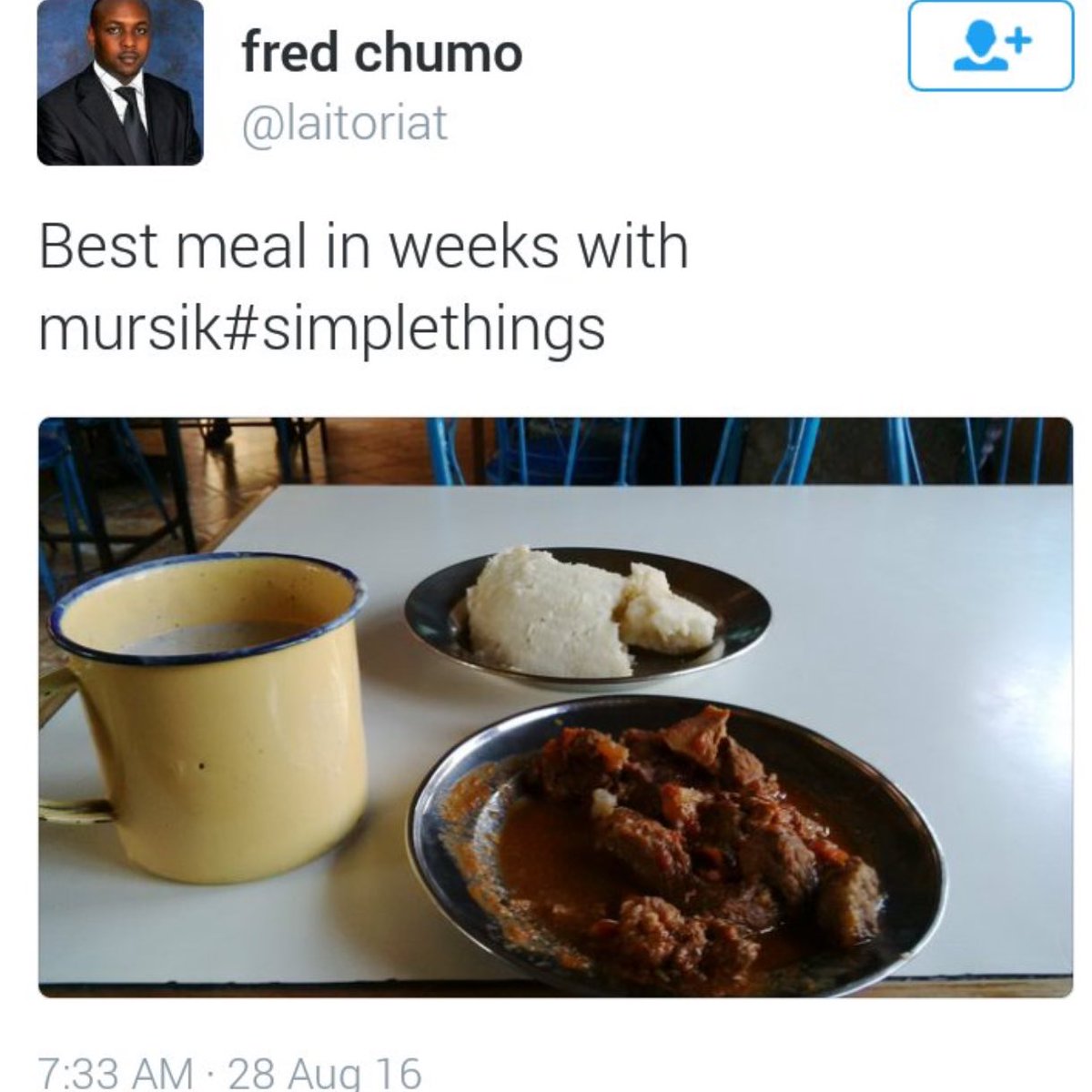 Apparently this isn’t the first time animals are found in their food. Some years back a customer posted a video of a live worm moving in his salad.

So far a cockroach, rat & snail have been found, photographed & filmed at Java but there are still guys saying it’s a smear campaign. SMH