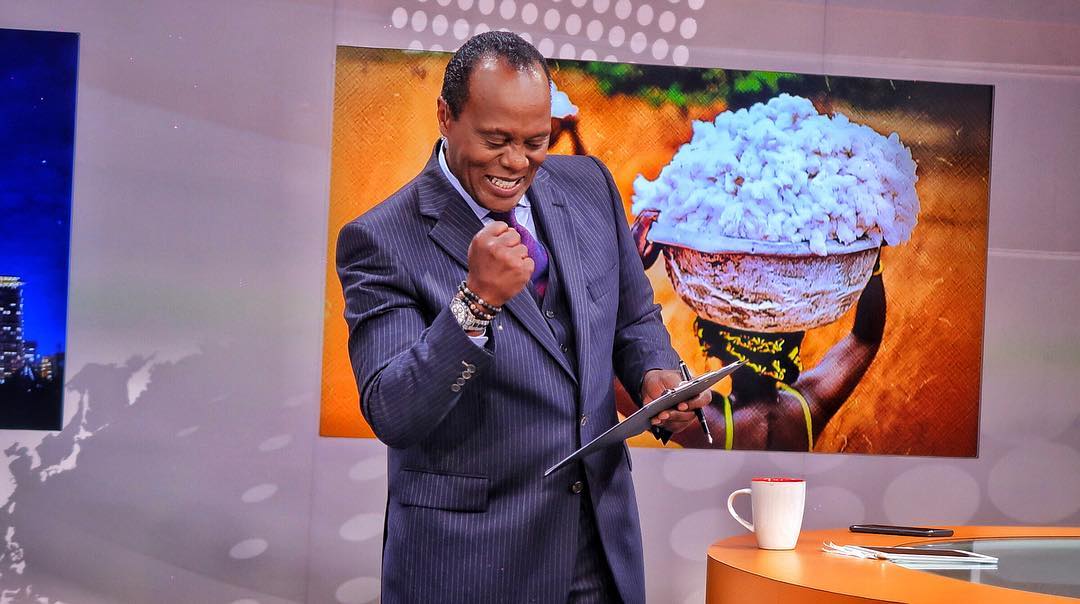 For the major part of his life, popular news anchor Jeff Koinange grew up without his father Frederick Mbiyu Koinange. He recently opened up about some details concerning his father’s death in an interview with Yvonne Aoll.

Frederick Mbiyu Koinange, the first Kenyan to open a car dealership, died in 1966 when Jeff was just two years old. His dad was always away so this didn’t affect Jeff as much. In the present day, Jeff sees the silver lining that came with his father’s death. He is actually glad he wasn’t there since had he been there he would have grown up to be a really different person.

Yvonne asked, “What do you think you missed out on, not having a father around?” to which Jeff answered “Nothing.I don’t regret anything. I’m glad he wasn’t there in a way.

“Also because if he was around, we might have ended up as some really spoilt brats as kids, and I’m glad we didn’t end up that way. So, you know, it’s not my calling, but, I think it’s a good thing he went,” he said.