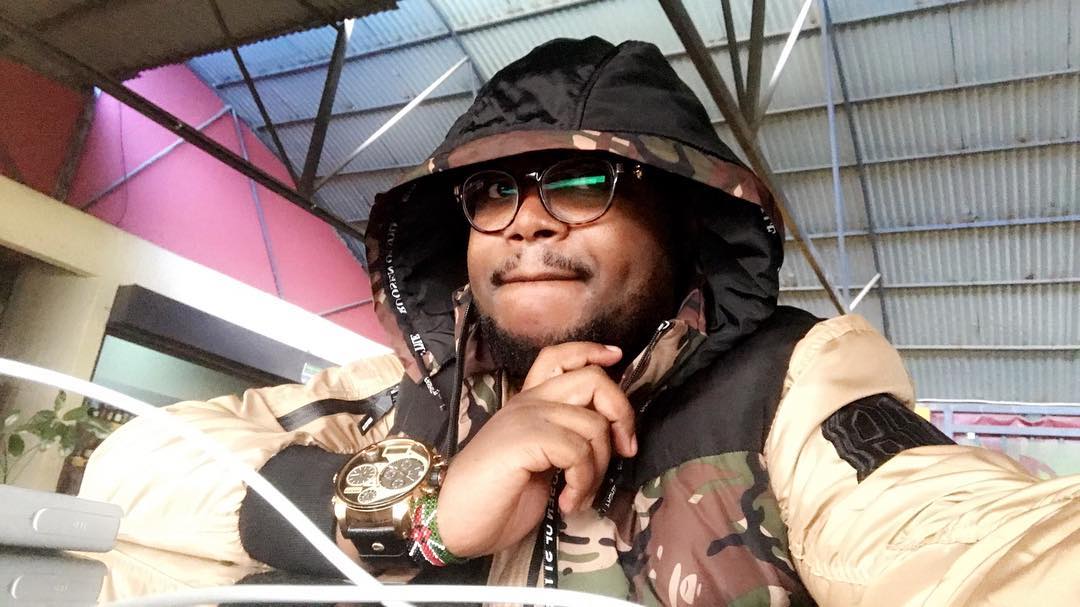 Capital FM producer Joe Muchiri came under fire a few days ago after a screenshot of a conversation was leaked and it revealed him making inhumane statements against a violinist. The violinist named Wanjiru Maina had come out publicly stating that she was not going to vote for Nyashinski in the MTVEMA but instead cast her vote for Wizkid.

Joe saw this then got angry leading him to wish rape upon her. 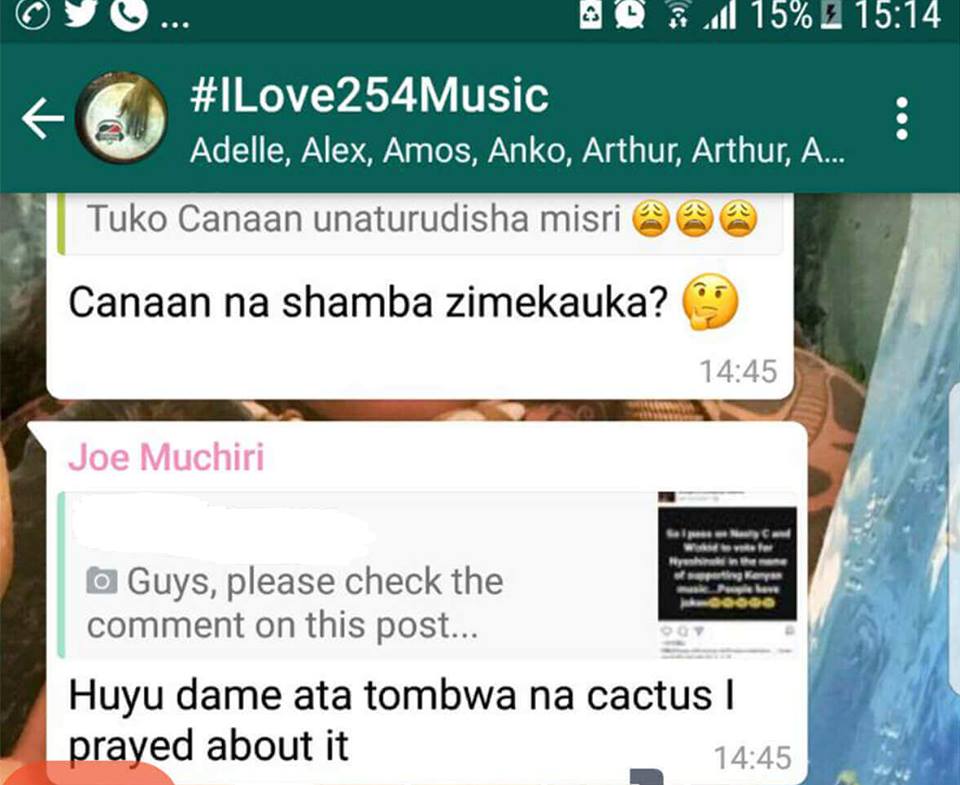 This screenshot was shared all over Twitter and it caught the attention of his employer, Capital Group, who reacted immediately by issuing him with a stern warning. 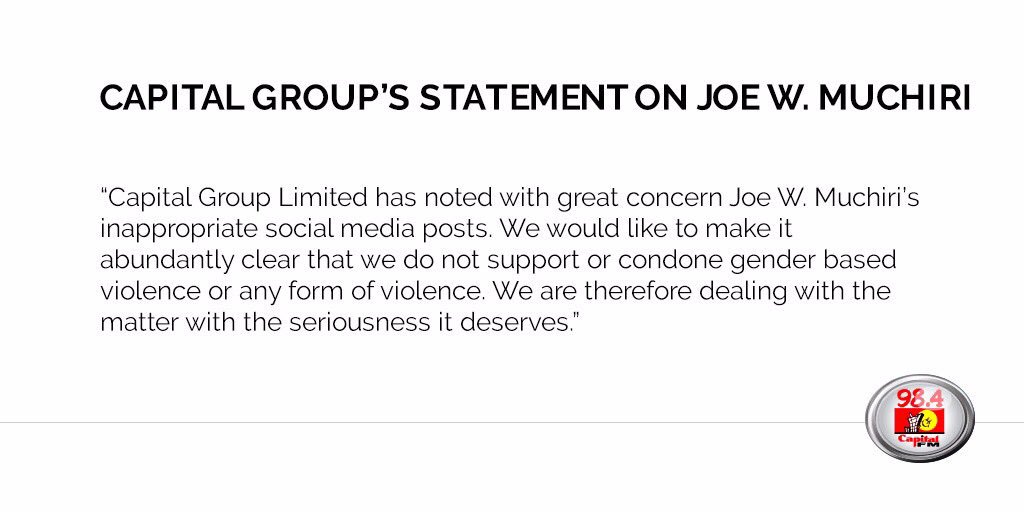 Joe has now finally apologized for his statements through his Twitter account and has also spoken to Wanjiru personally. 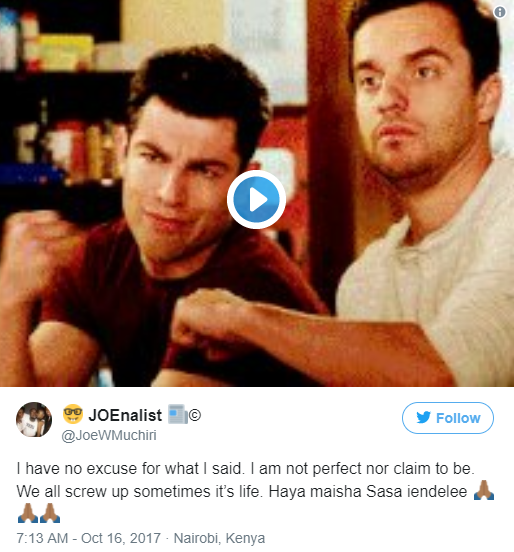 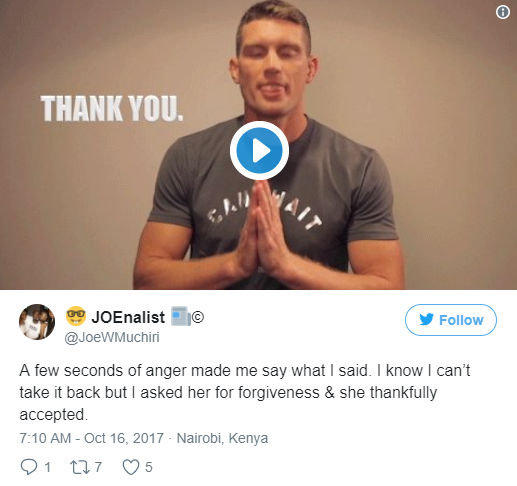 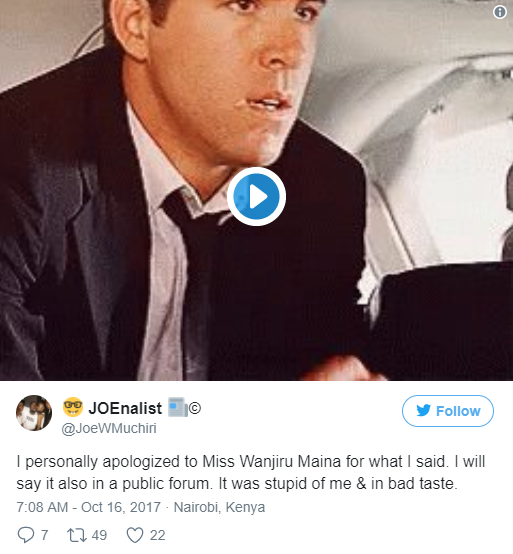