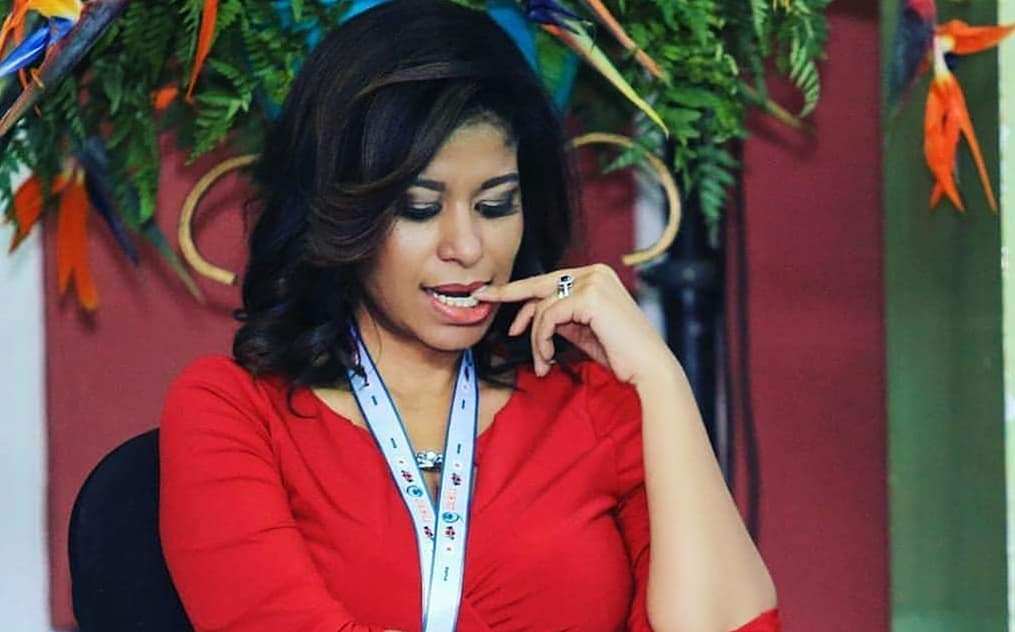 According to her post, her youngest sons were getting too much for her to handle and she wanted a small break from them so she got a plan to get rid of them. This was through announcing that she was about to release a major fart expecting that they would run out.

However, things didn’t go as planned since instead of scaring them it excited them. She captioned the post: Sometimes you just can’t win 🙄😅❤#MamaTings #LaFamilia 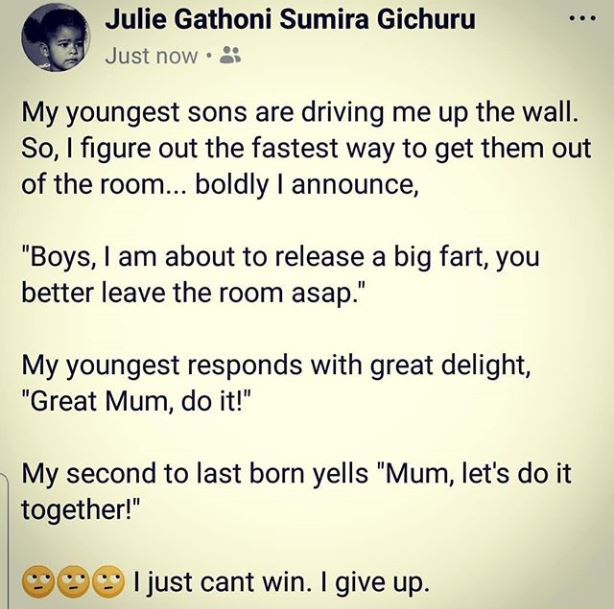