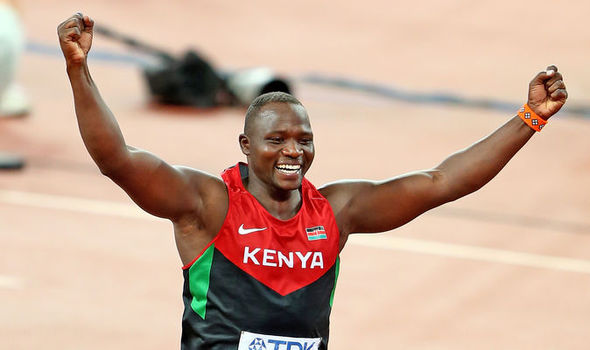 The 2016 Olympics is upon us and the Kenyan team was ready to go and represent Kenya but there was some disruptions at the Jomo Kenyatta Airport. First on Saturday world javelin champion Julius Yego discovered that the National Olympic Committee of Kenya (NOC-K) had jumbled up the traveling arrangement of his coach Joseph Mosonik. 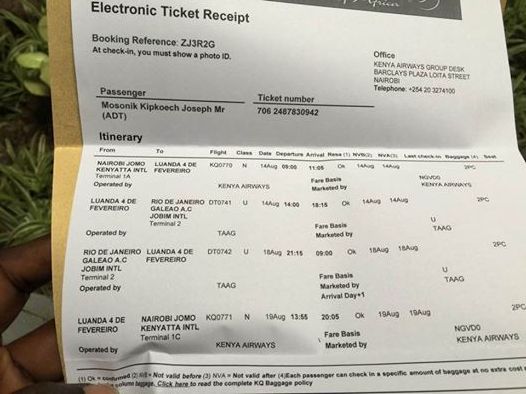 NOC-K had arranged for Mosonik to travel just a day before Yego competes on August 14th then leave on 18th while his competition is still on. For the next 8 days Yego will not have a coach and when he arrives, he will have him for very few days.

“Is someone really trying to sabotage the results of team Kenya at Rio!!Am reading mischieve on how the management of the team is being run,the sprinters left last Sunday and their coaches were left behind,very irresponsible and funny way ! Now my coach is been told he is not traveling till the 14th and am leaving on Sunday ,that means he will arrive a day before I get to the field !ridiculous !! Who is who now !!when I was a class prefect I wouldn’t vein class when the students are away after all who will I be representing!! This issue arouse in London in 2012 some officials arriving towards closure of the games !! For sure I can’t imagine being alone less my coach in training in Olympic it’s a big torment that requires athlete well preparedness, to be at high level of mindset of which without a coach it’s impossible for the athlete to achieve !! Can the govt rescue he ‘Top of the world’ repetition before it’s a story !! Bogus top management and pretense !!“ said Yego on social media.

On Sunday at the airport when Yego is set to travel, he discovered his own ticket is missing under unclear circumstances. This caused some of the athletes to boycott boarding the flight as form of protest for the mistreatment of Yego.

After a number of phone calls Yego was allowed to board the Kenya Airways flight without a ticket. “I’ve accepted to travel to Angola and see what happens from there. I will let you know,” said the javelin champion