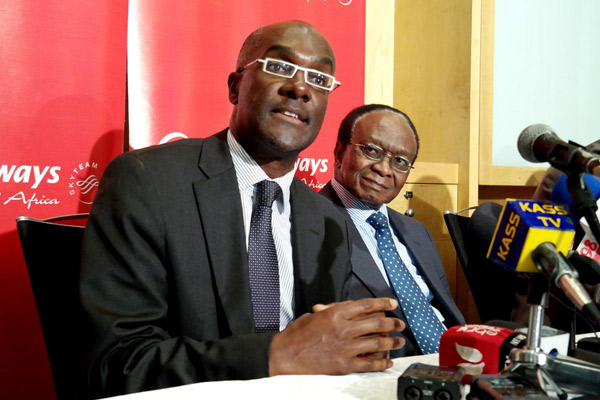 Kenya’s top airline Kenya Airways reported a loss of sh10 billion for the half year ending September. This was mainly blamed on high insecurity in the country plus the Ebola outbreak in West Africa.

Ebola caused suspension of all flights to Sierra Leone and Liberia in August. This resulted in capacity reduction of over 20 percent. Other business challenges were Lamu attacks, South Sudan unrest and Westgate attack. All these hindered tourism which then caused less air travel.

Revenue had increased by 4.5 percent to 56 billion. Kenya Airways also incurred an impairment loss of sh5 billion on write down of aircraft that will be sold.