Corruption in Kenya is so bad that it is making it to the news on the television stations in the the United States. America’s biggest public TV broadcaster and program distributor, PBS, recently ran a documentary about Kenya called “Inside Kenya”. 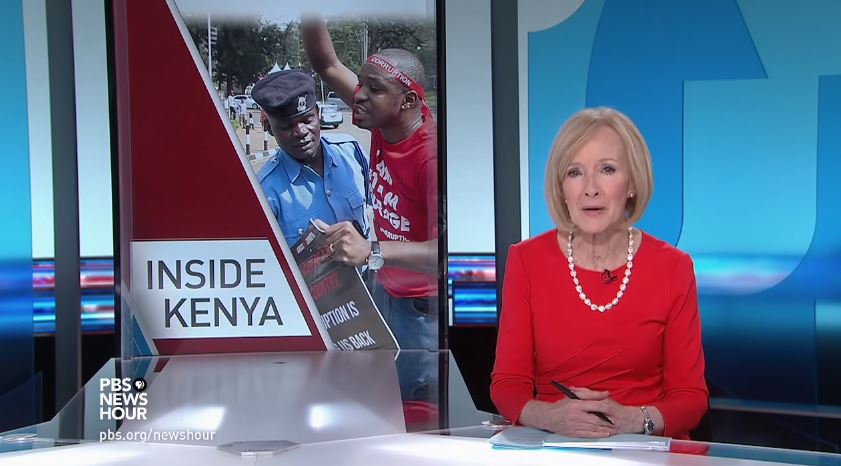 So far 3 episodes have been aired with the first two most being about Al Shabaab. The 3rd is the hottest, it’s about Corruption in Kenya. The American reported did a story on how Standard Chartered Nairobi Marathon winner are never paid their winning. He further went to look at the Eurobond cash that disappear and how the government carelessly covered it.

Corruption and impunity are some of the things that keep holding us back from leapfrogging in our economy and doing great things that will stun the world.