Last Friday on The Trend Trending Topics, Larry Madowo and his panel of Ciru Muriuki, Anita Nderu and Paul Wakimani Ogutu discussed about the banning of a Coca Cola advert by the Kenya Films Classifications Board then also talked about Ezekiel Mutua, KFCB chairman.

The crew talked about why it was wrong for the KFCB chairman to police morals to everyone and why kissing on tv isn’t bad thing. They ended up roasting Ezekiel Mutua plus brought up the photos he posted when he flew business class alone in a plane and had a whole VIP Lounge to himself. 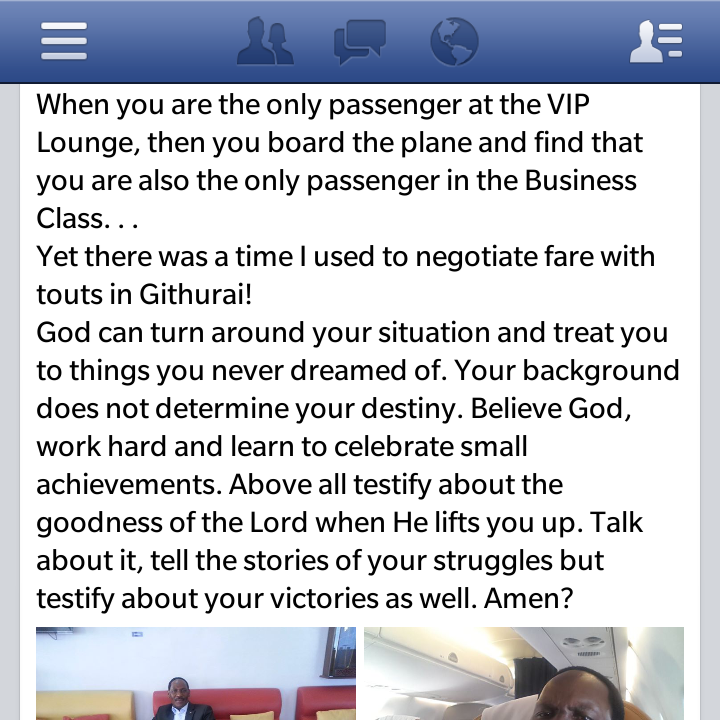 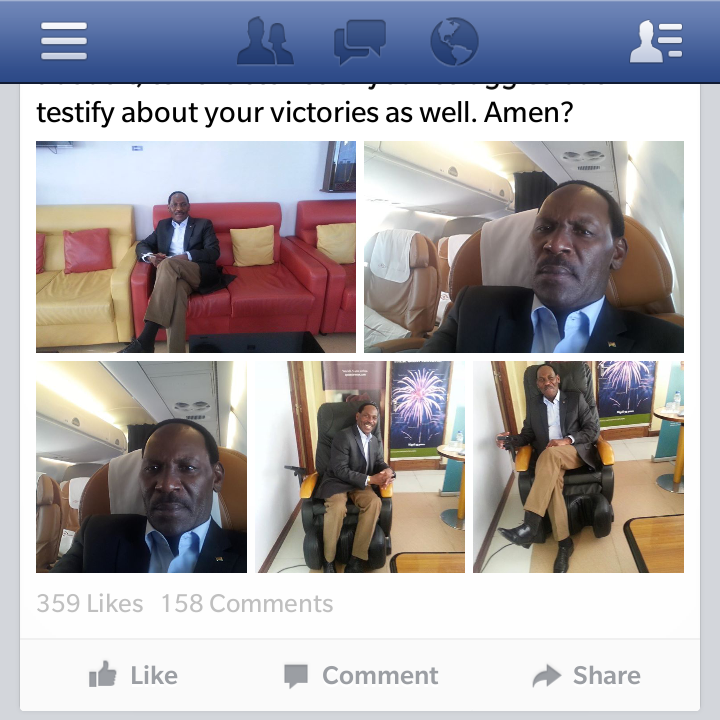 Well the roasting got to Ezekiel and he is coming out swinging. He went to his Facebook page to send a message to the Trend crew in two solid posts

THE TREND ON NTV: Ok, now this is journalism at another level. For 10 minutes the Larry Madowo panel is discussing KFCB, twisting my facebook posts and KFCB action on Coca Cola “Taste – the – feeling ” advert to suit their agenda. Well, BIG DEAL: KFCB has had ten long minutes of prime time publicity and this post could also be subject of more publicity. My post about what God has done to me remains on my facebook page. And if praising God on fb is bragging and will get me this kind of publicity, then keep it here FOR I AM NOT ASHAMED OF THE GOSPEL. . .
But while at it, Coca Cola has fully complied. The ad has been edited in line with our request and in their letter to KFCB Coca Cola has restated their commitment to family values in their communication to consumers. Now, that is responsible corporate behaviour! 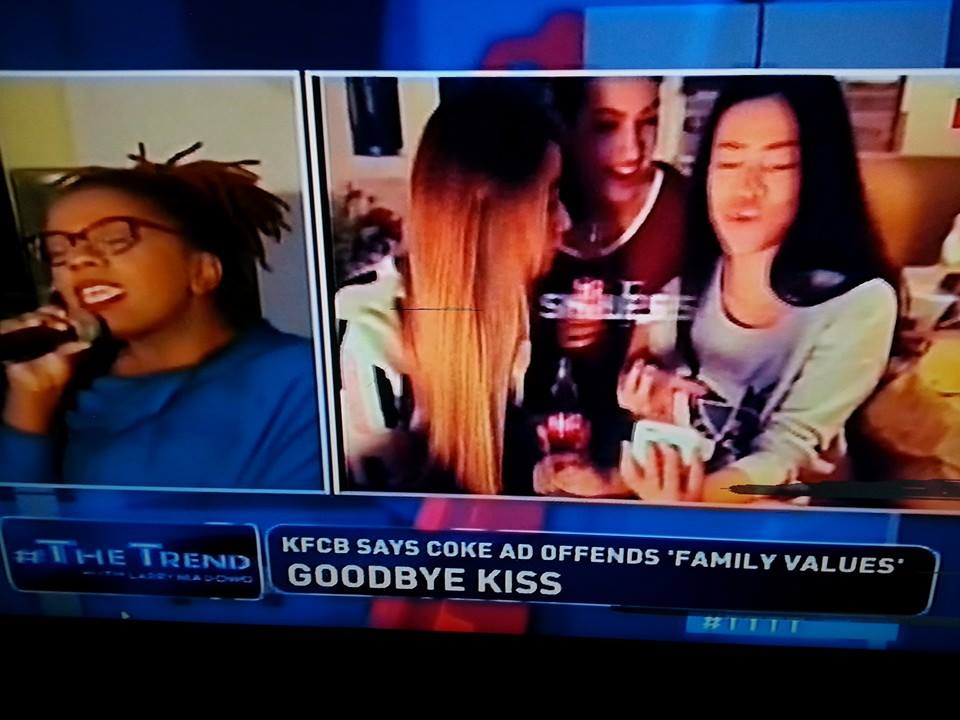 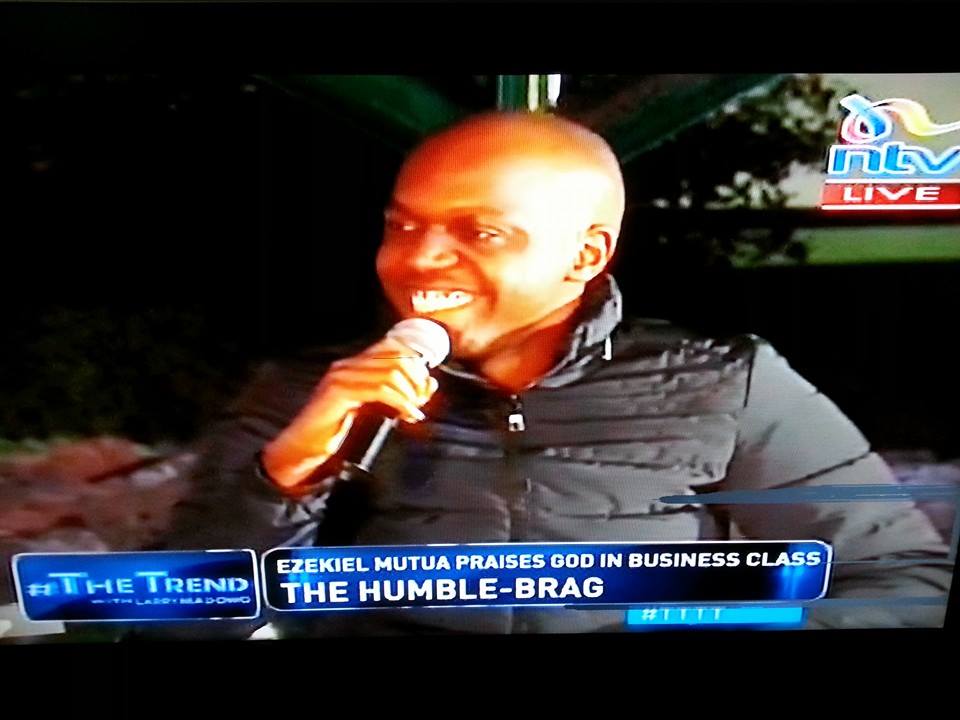 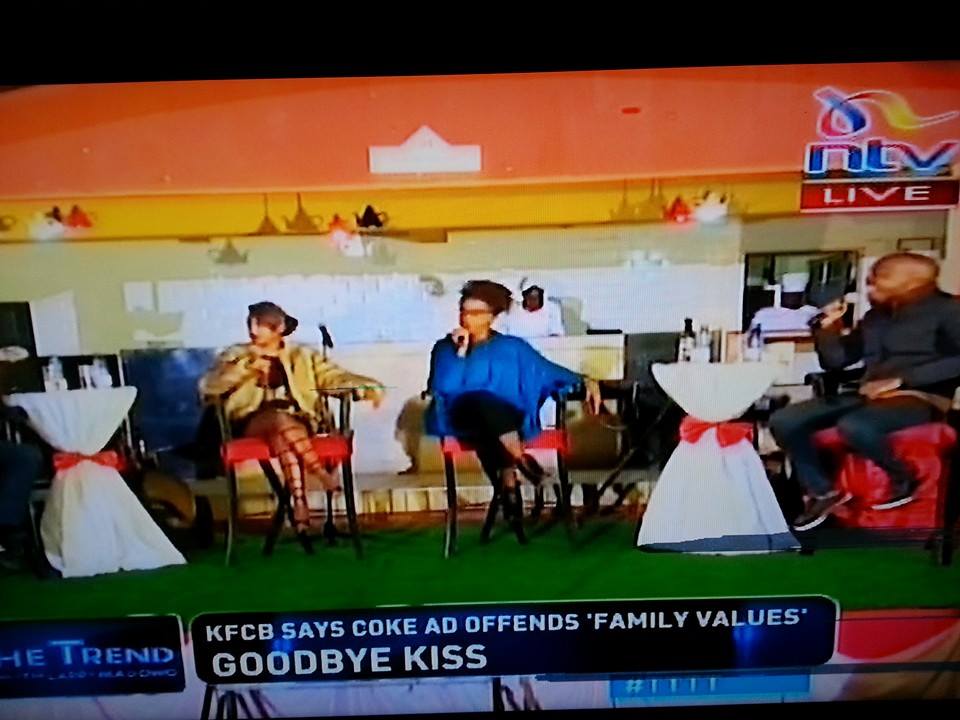 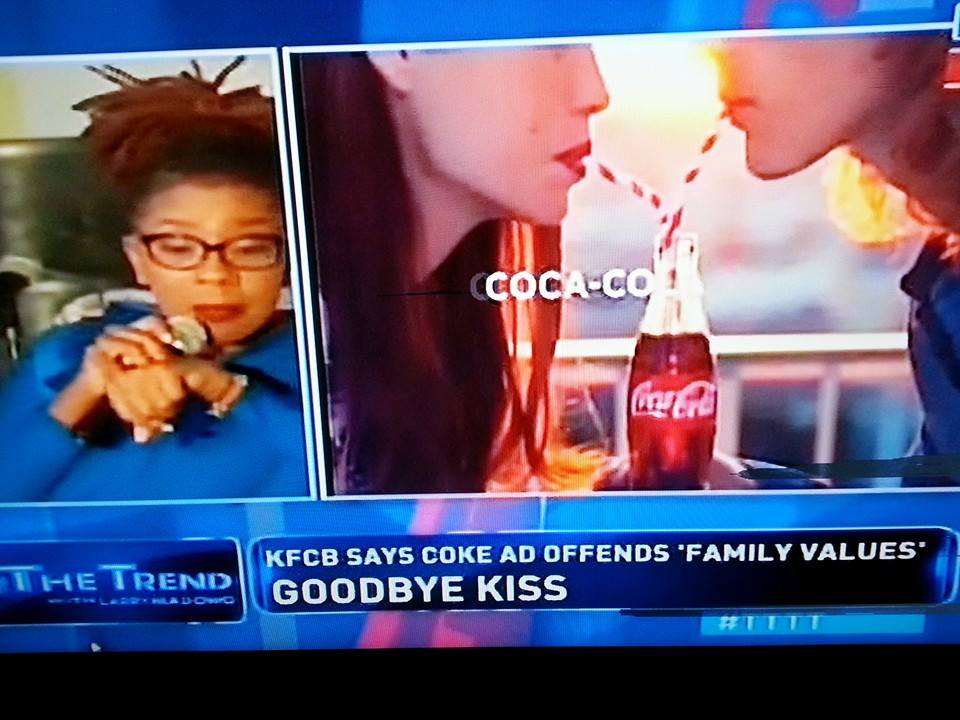 Talking of praising God in Business Class and VIP lounges, let me give Larry Madowo and his panel of experts more evidence: this was during the Kibaki regime, just before the 2013 general election that brought the Jubilee government to power. The then President Mwai Kibaki entrusted me and the former minister for Cooperative Development Joe Nyagah with his plane. Joe and I had been sent by Kibakiwith a goodwill message to five Presidents in the region. We were nearing the 2013 general election and our neighbours were afraid that there could be a post election violence in Kenya and that that could affect the flow of goods to those countries. The President sent “his trusted men” to assure our neighbours that Kenya had put mechanisms in place to avert the 2007/8 like PEV, that the elections would be peaceful and that they would continue to get uninterrupted services through the port of Mombasa and our roads across the borders. So there we were flying from one capital to another and holding serious meetings with Heads of State. So Larry Madowo I am not seeing these things at KFCB. I have been to White House, I have visited nearly all the major capitals of the world and I have used nearly all major airlines on business and even first class. NOW SHOULD A BOY FROM A VILLAGE IN MWALA NOT PRAISE GOD FOR ALL THIS? 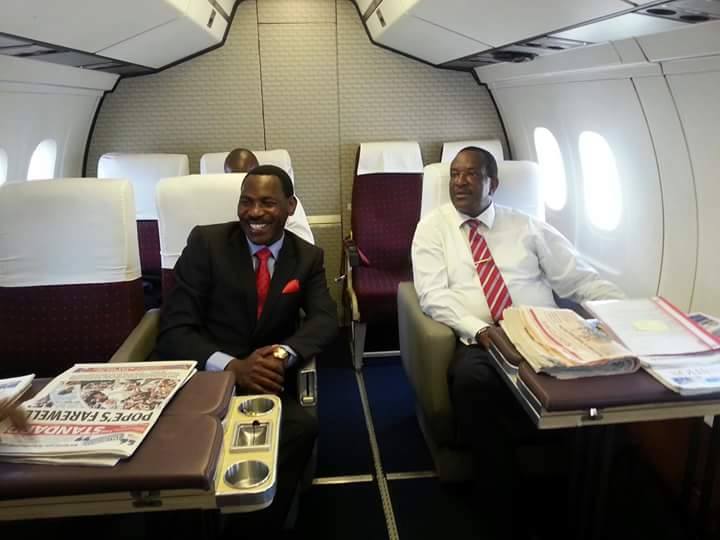