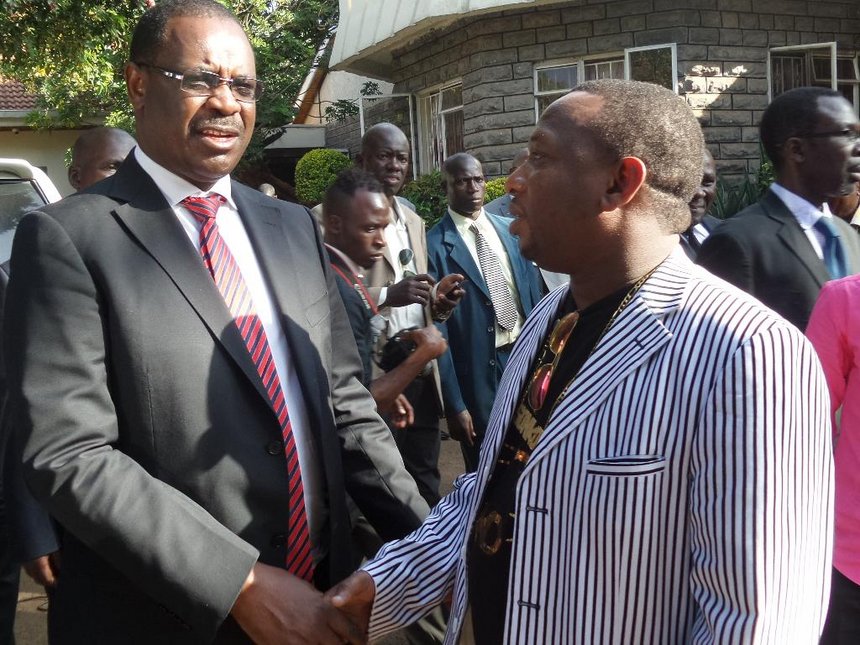 Nairobi Governor Evans Kidero and Senator Mike Sonko exchanged blows after the senator accused Kidero of murder. This took place during a session by the Public Accounts Committee where Kidero was answering audit questions for the 2013/2014 financial year.

Sonko made a presentation about land rates in Nairobi which he said were illegal and even tabled documents. Sonko claimed a woman in Nairobi was ejected from her Ksh2 billion property then accused Kidero and his Chief of Staff Wainaina of murdering her. He even tabled a form to give evidence of the property ownership transfer. 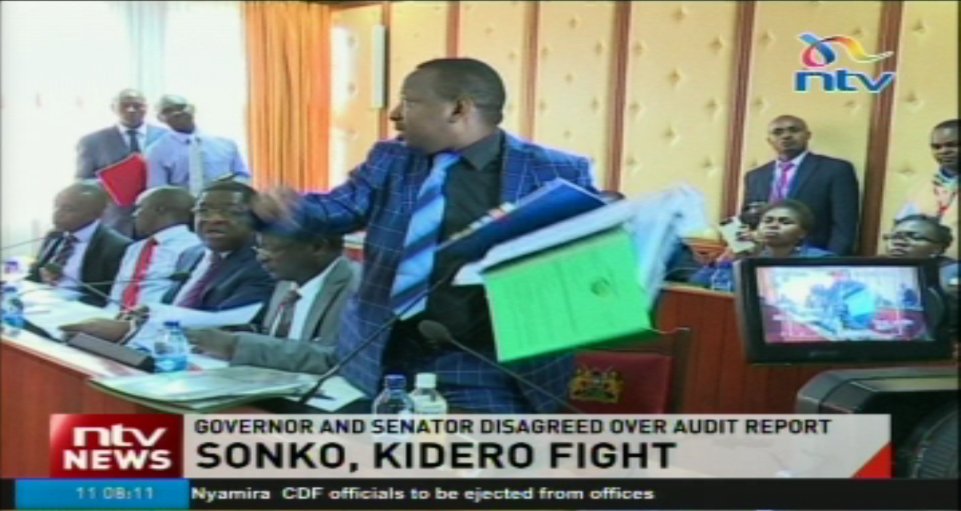 Sonko shouted at Kidero saying “He is a murderer and I cannot withdraw that. I have video clips to prove that and I have no apologies to make”. That is when he was punched.