Nairobi governor Evans Kidero has written to the Media Council of Kenya complaining about Wednesday’s Jeff Koinange Live. The show had Miguna Miguna and Passaris on the bench, two aspiring politicians for the Nairobi Governor position. It appears Miguna Miguna angered Kidero after he questioned his integrity, wealth and leadership of Nairobi County. Kidero also claimed that Jeff encouraged him.

“The host primed the interview and allowed Miguna Miguna to severally malign and libel me as a thief with abatement by the anchor and the KTN Television station of Standard Group by failing to adhere to professional journalistic requirement for adducement of evidence.. Not only did the anchor allow him to besmirch my character but urged him on to do so.

This has happened on four previous occasions with the encouragement of the host where it was fairly obvious that, not only did the anchor allow him to bismarch my character but urged him on to do so” 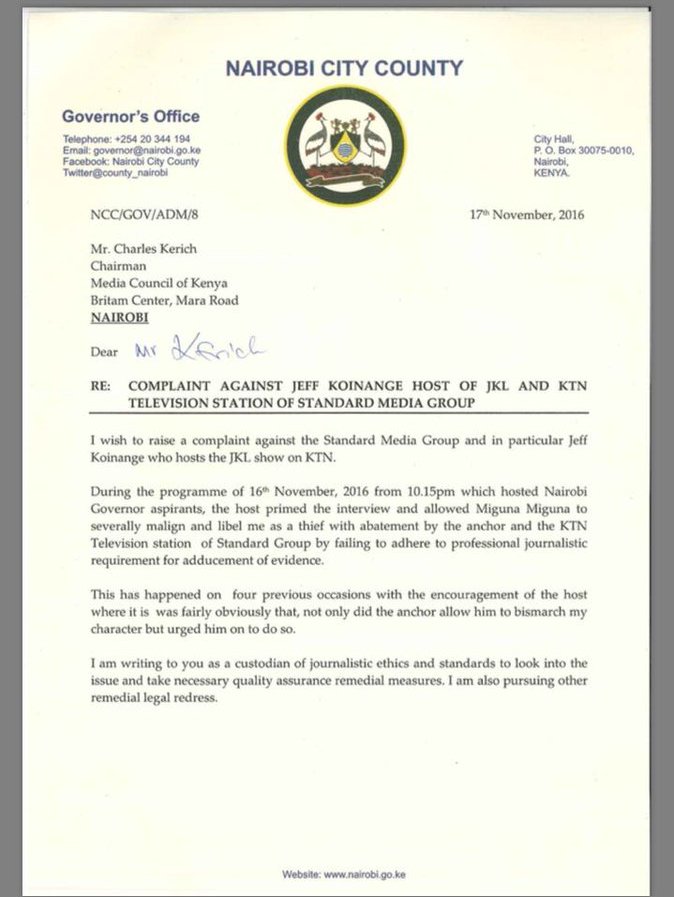 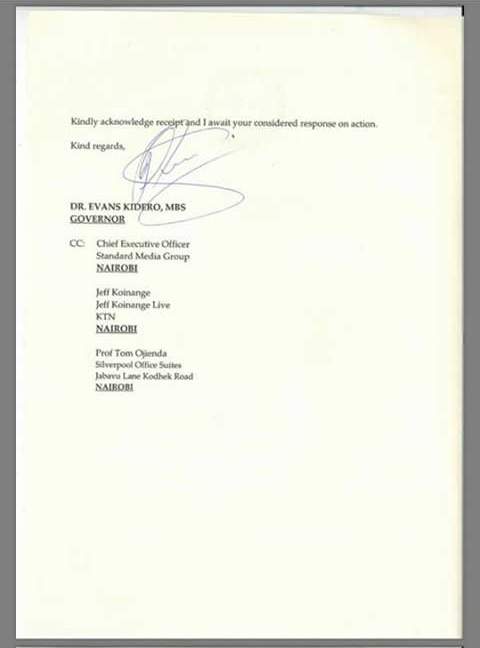