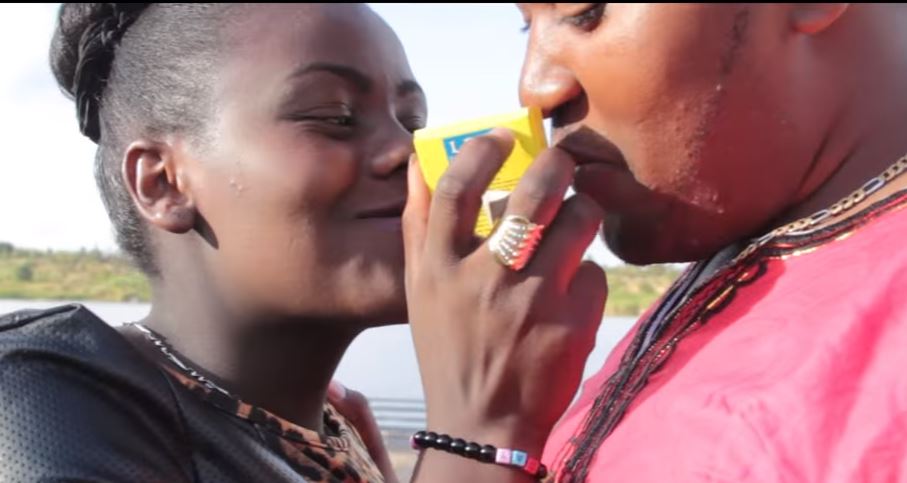 A Kikuyu condom advertisement is doing its rounds on the internet. Its about Leo Condom produced by Rubian Films.

The ad starts by a lady constantly checking out a guy then as soon as he drops a Ksh1,000 note she approached him and asks if there was something he dropped. As he was checking his pockets, he drops a pack of Leo Condoms. He tries to distance himself from the packet but she moves in to convince him that a true gentleman fro having the condoms.