Kenya Police have banned the highly private party called Project X on claims that it is highly immoral. In a tweet sent out on social media they said it could be associated with activities “that run counter to our moral fabric and in breach of law”

The police statement said that they are looking for the organizers. The party is set to be in March 12 at an undisclosed location in Kileleshwa. It is named after the famous movie back in 2012. In the movie the party had lots of drugs and sex. 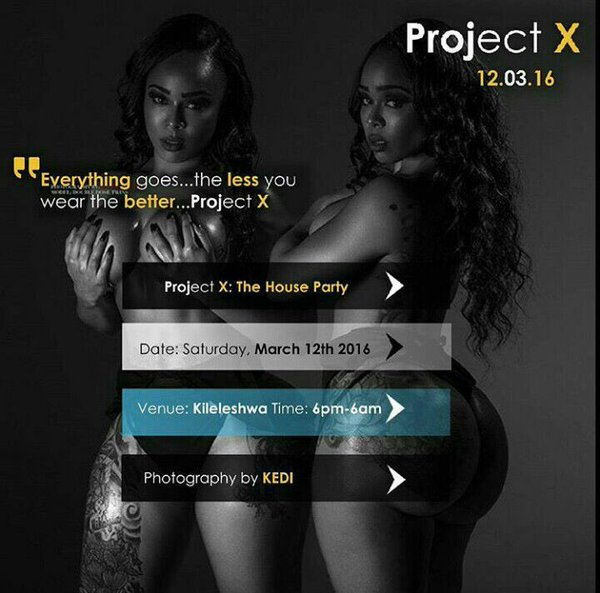 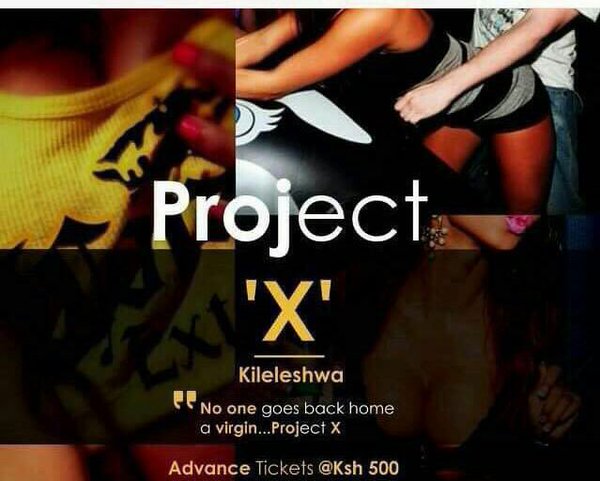 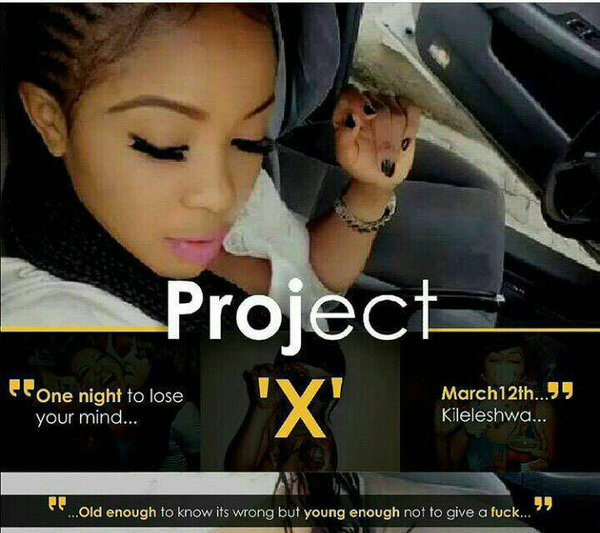 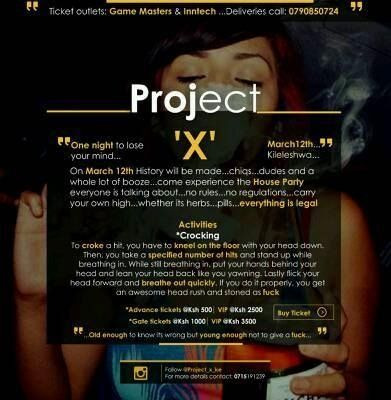 Tickets for the even are priced at Ksh500 advance, Ksh1000 at the gate and Ksh3500 VIP. They are available at TRM’s Bobo shop, Game Masters and Inntech in the CBD.  The posters claim no one goes home a virgin and everything is legal. Activities will include various games eg Crocking. To crock a hit you have to kneel on the floor with your head down then you have to take a specified number of hits and stand up breathing in. While doing that, put your hands behind your head and lean your head back  like you yawning. Lastly flick your head forward and breathe out quickly. You get head rush like this