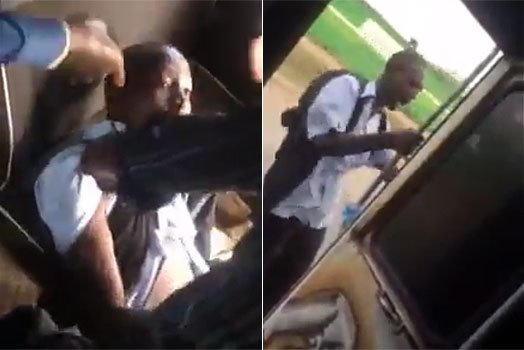 Fare prices are a very sensitive thing for most people and the primitive behavior of matatu conductors hiking fare prices whenever they feel like leads to a whole lot of conflict. This was the case in a Komarock matatu called Sticky Bandits under Mwamba Sacco, when the conductor change the prices to a higher amount. The female passenger refused to pay this increased amount. In an angry reaction, the conductor slapped the female passenger while hailing abuses at her.

Other passengers came to the defense of the lady then grabbed the conductor and started clobbering him. He then started pleading for his life prompting the driver to stop the vehicle so that he could stop the fight. The incident happened last Sunday at 5.30pm.