We have seen expensive cars in Kenya such as the sh30 million Rolls Royce at JKIA, sh15 million Nissan GT-R, Jaguar’s Bentley and Jaguar, Mercedes Benz SLS AMG worth sh30 million and many others. Well those are nothing as compared to a Bugatti Veyron Grand Sport Vitesse worth sh250 million. If you add all the import taxes and duty fees, it will be as high as sh400 million.

The super car can hit 100km/h in just 2.6 seconds. The top speed is 410km/h. It’s actually the world’s fastest open top production car. The image below is not photoshopped and it’s definitely in Kenya. I envy the guy who drove it. 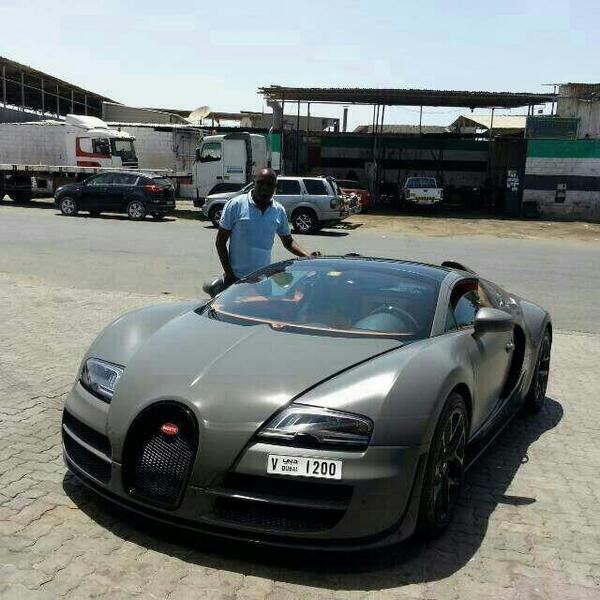