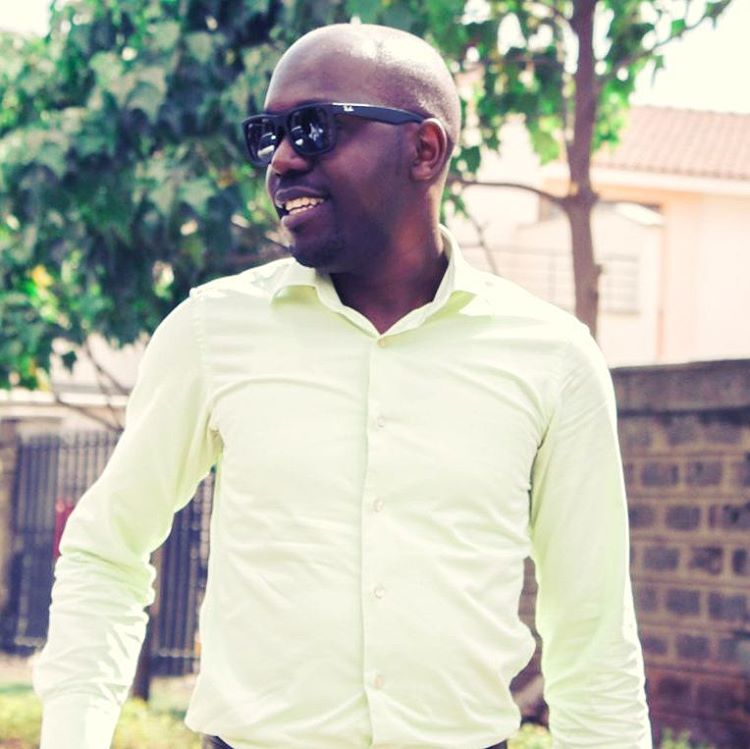 One of the ways to be able to judge the size of your fan-base if you are a famous person is to check the number of social media fans you have. In Kenya, just a handful of celebrities has been able to hit the 1 million mark on either Facebook, Instagram or Twitter.

Some of the with 1 million followers on Instagram include Eric Omondi & Huddah Monroe while on Facebook we have Caroline Mutoko & Churchill and on Twitter we have Jeff Koinange & Xtian Dela.

NTV journalist Larry Madowo is the latest celebrity to join the millionaires club after he reached the milestone on his Twitter account. He went on the platform and posted this with so much ego:

“I’ve hit a million followers without a follow train, a hashtag or direction in life. Mostly underwhelmed. Thanks but go read a book instead.” 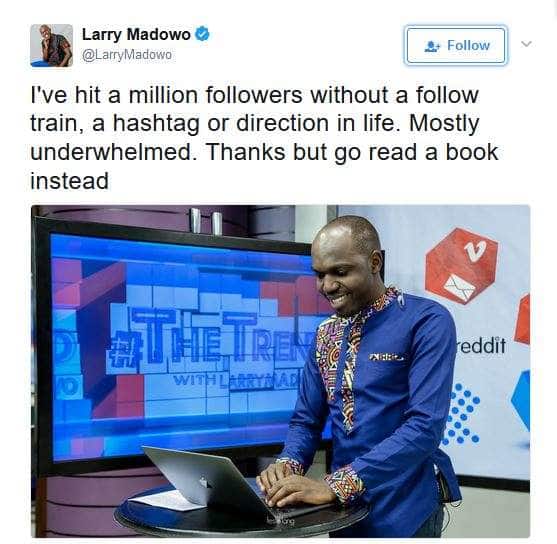