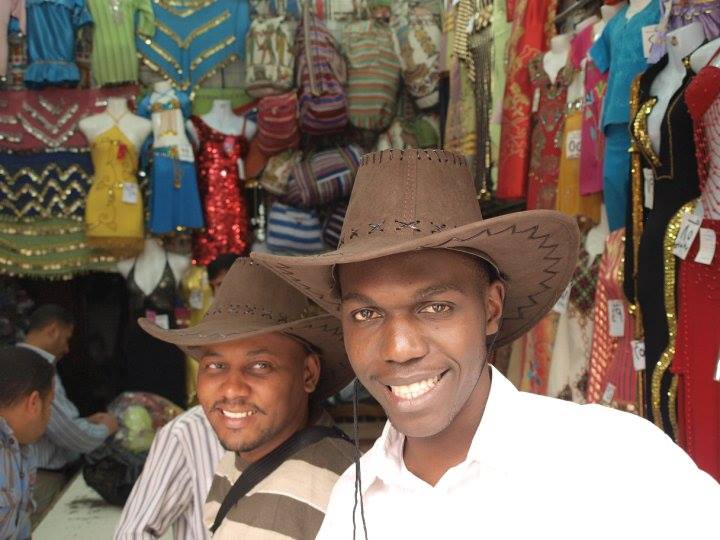 Ahmed Darwesh passed  on yesterday evening and various people having going online to express their condolences. Larry Madowo, one of the most famous journalists in Kenya, had this heart breaking message about Ahmed.

Let me tell you about the Ahmed Darwesh I knew. Daru, as we all called him was a gentleman in every sense of that word. When I joined KTN in April 2008, he was already at the top of his game and down to earth to a fault. Before I had a car, Daru stayed around after anchoring the 7pm Swahili news until I had finished editing my 9pm business story so he could drop me home. We both lived in South B but dropping me outside my doorstep still took him a little out of his way. Keep in mind that he was a boldface named prime time anchor and I was a struggling business reporter so I would ordinarily not even show in his radar. If he travelled, he would let me use his car and even leave it fuelled. That was always an excuse for me to join him and his lovely family for beautiful meals whenever I was ‘passing by.’ Even at work, he paid for too many lunches that I can count, usually at a selection of Swahili restaurants with delicious food I couldn’t yet afford. This picture was taken at Khan el-Khalili Market in Cairo. He had used his many connections and set up a week-long reporting trip to Egypt including a tour of the pyramids and Alexandria. You can still see him in part 1 of my report here https://youtu.be/Vttz2geLdq0?t=2m33s. He was a big brother to me in this big city, helping me create a career on television. Even after I left KTN and moved away, we remained fast friends and it was always a joy to see him whenever our paths crossed. I used to tease him about his signature line: ‘Wakubwa hamjambo, wadogo mmeshindaje. Hii ni KTN Leo chaguo lako, wanakwetu wananiita Ahmed Darwesh’ and he would grin indulgently. Daru was a kind, compassionate and funny man who was a gift to broadcast journalism. I am privileged to have known him. Rest In Peace, my friend. Shukran