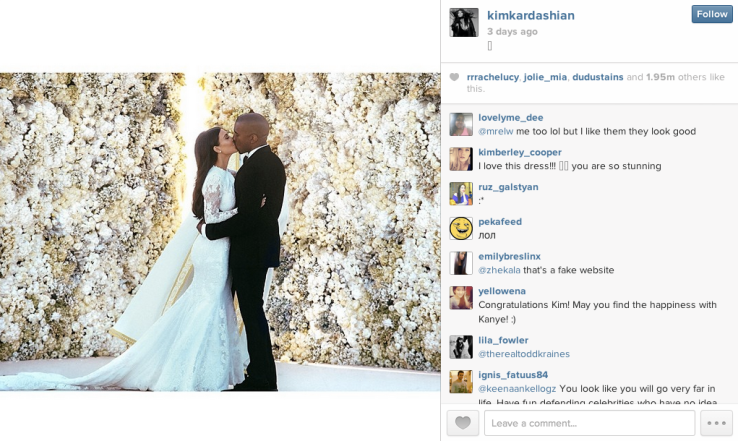 The photo of Kim Kardashian and husband Kanye West kissing during their wedding is the world most liked photo on Instagram with over 2 million likes in just 24 hours. Justin Bieber was the holder of the title initially.

Kanye West revealed that the photo took 4 days to edit and photoshop to make it look perfect. Kanye complained that the flowers were off colour plus other stuff were just not right so professionals were hired to make everything to be up to his standards.